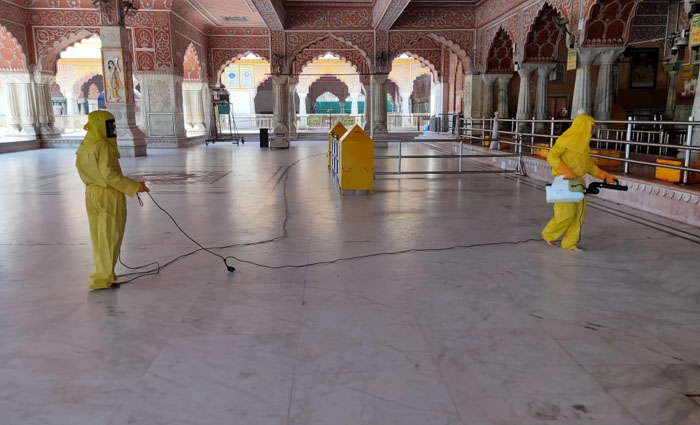 Temples closed in the state six months ago.

Jaipur: Govind Dev Ji and Motidoongari Ganesh temples in Jaipur and Khatu Shyam Temple in Sikar district have been closed for devotees till March 31. These are the latest religious place in the state to impose restrictions on the entry of devotees. Earlier, world famous Brahma temple was closed.

When devotees arrived at Khatu Shyam temple on Thursday, they were not allowed entry and stopped outside. They were told to go back as the temple was closed till March 31. The temple administration said that the priests would continue to offer prayers at the temple, but devotees wouldn’t be allowed.

Though Brahma temple in Pushkar broadcast the evening prayers live through an LED TV, there were no devotees outside on Thursday.

Several other temples across the state including Srinath Ji temple in Nathdwara and Mehandipur Balaji temple have also put restrictions on the entry of the devotees.

Two of the most popular temples in Jaipur – Govind Devi Ji and Motidoongari – have also been closed.

The Shekhawati Prayatak Utsav that was to be organized in Sikar from March 21 has been postponed. Gangaur Festival in Jaipur (March27-28) has also been postponed.