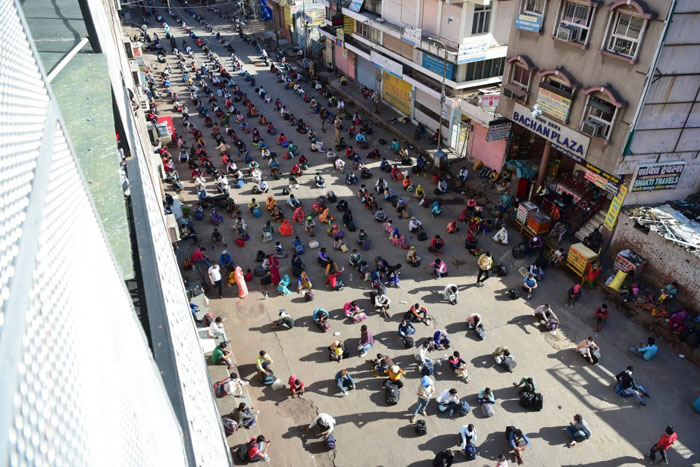 Jaipur: Acting on the plight of migrant laborers trying to travel hundreds of kilometers on foot to reach their native places, the Rajasthan government on Saturday launched Roadways transport buses for them. These buses will be used for transporting migrants and also those who are returning home from other states. The buses are being sanitized.

The people leaving various parts of the city will be dropped at areas bordering Uttar Pradesh and Gujarat. The people who are trying to return to Jaipur from other states are being screened and transported through the same buses.

State transport minister Pratap Singh Khachariawas said that the government is aware of the plight of people trying to reach their homes.

“We have launched Rajasthan Roadways transport services for these people. They don’t need to walk hundreds of kilometers to reach their homes,” said the minister.

Meanwhile, the government has also provided the facility of transport for people visiting hospitals for treatment of various ailments. These autos will be parked outside 12 hospitals in the city. The transport department issues permits to these autos that will be valid till April 14.