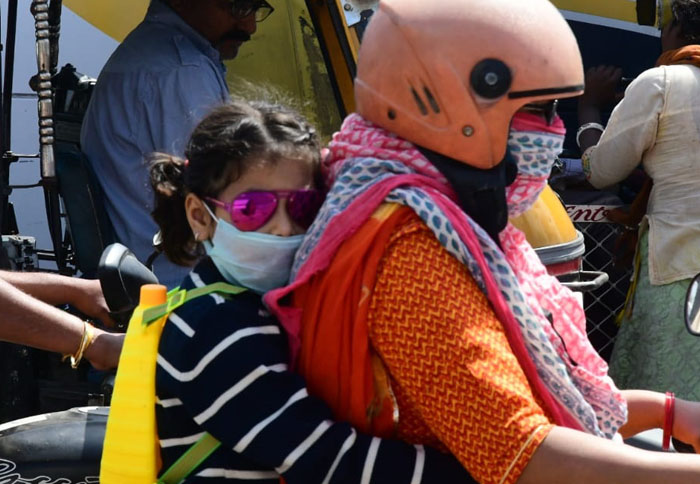 Jaipur: Two Air India flights brought 236 Indian nationals stranded in Iran amid the Coronavirus outbreak there to Jaisalmer on Sunday. They were lodged in a quarantine centre in the army area in the border town. Earlier all the passengers were screened at Jaisalmer Airport. Officials said that these people will be quarantined for at least 14 days.

A quarantine centre with a capacity of accommodating 1000 people have been developed in Jaisalmer. In order to provide protection to the people, the Indian Army and Airforce are working jointly with the administration, said a army spokesperson. He said that quarantine centres are being set up in Jaisalmer and several other cities across the country. The Indian government has started rescuing nearly 6,000 Indian nationals stuck in Iran.

Those who were brought on Sunday included 100 men and 136 women. There are not reports of any one tested positive for the virus.

Meanwhile, another man who had returned to India from Spain tested positive for the virus. It’s the second case of Coronavirus in Jaipur and fourth in Rajasthan. The man was studying in Spain and had recently returned home. When he developed the symptoms, his family members brought him to a hospital. He was screened and tested positive.

The measures taken by the government to prevent the spread of the virus have started affecting normal life in Jaipur. Shopping malls, multiplexes and other public gathering places are now wearing a deserted look.