Cops clueless on whereabouts of 16 inmates of Phalodi jail 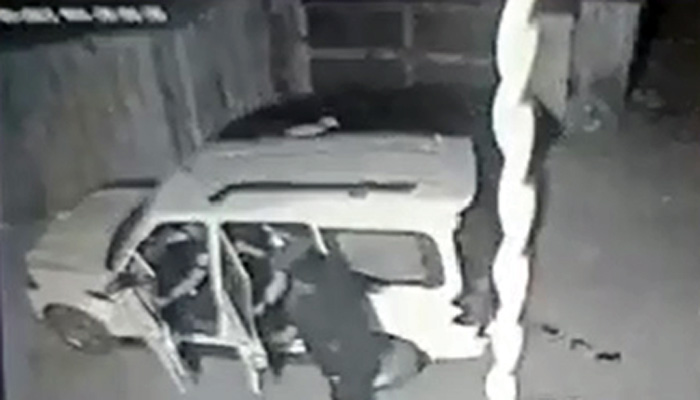 Jaipur: The Rajasthan police has not been able to track the 16 prisoners even two days after they escaped from Phalodi jail in Jodhpur district. Most of the prisoners were known smugglers. Police suspect that they are using their smuggling network to evade detection. Police teams are carrying out raids at several places in Phalodi area, but they are still clueless.

As per the story narrated by the jail staff, the prisoners threw pepper powder into the eyes of the guards and escaped from the prison around 8 pm on Monday. CCTV footage surfaced in which the inmates are seen using an SUV already parked for their escape near the jail. It shows the escape was pre-planned.

On Tuesday, the embarrassed prison administration suspended four officials including a head constable. The action was taken against them after negligence on part of the officials came up. However, the administration officials refused to comment on whether the inmates had inside help.

Phalodi is a desert area, making it difficult for the police to trace them. Police didn’t rule out the possibility that some local residents may be involved in sheltering the inmates.

Some inmates had been involved in the smuggling of illegal substances in the area, so they already have many hideouts. The police are carrying out searches at the known hideouts and also gathering intel from informers.