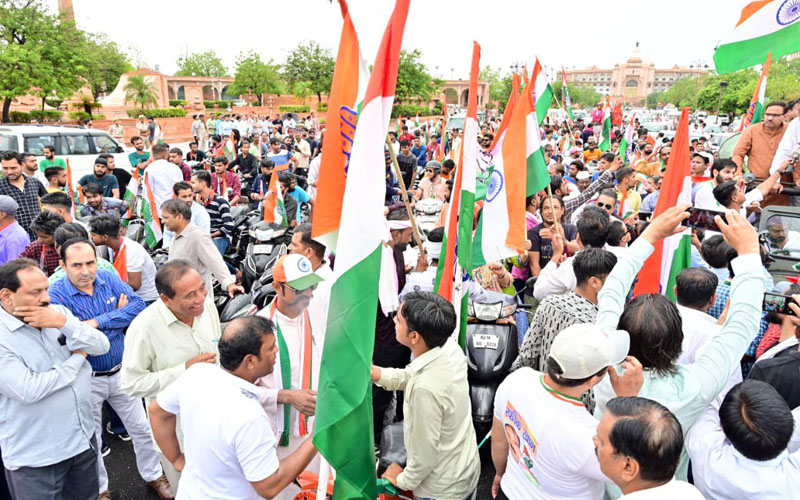 Jaipur: The Congress on Sunday took out a massive protest rally in Rajasthan against the central government’s Agnipath Scheme. Chief minister Ashok Gehlot flagged off the rally from Amar Jawan Jyoti. All senior Congress leaders and workers attended the protest in large numbers.

CM Gehlot said youths in the country are angry. “Prime Minister and Home Minister should try to understand how they are feeling over this scheme. The decision has been taken in haste without any debate. Everyone is saying in one voice that this scheme is not in the public interest in any way. I believe that the government should take a quick decision and withdraw it,” said Gehlot.

Dotasara said, this matter should not be taken lightly. The BJP won the 2019 elections by taking credit for the army’s bravery. Now, they are trying to tamper with the national security.”

The rally which started from Amar Jawan Jyoti ended at PCC after passing through Statue Circle, Panch Batti Chauraha, Ajmeri Gate, Johri Bazaar, Badi Chaupar and Choti Chaupar. Many ministers of the Gehlot government and Congress leaders and workers were also present in the tricolour vehicle rally.