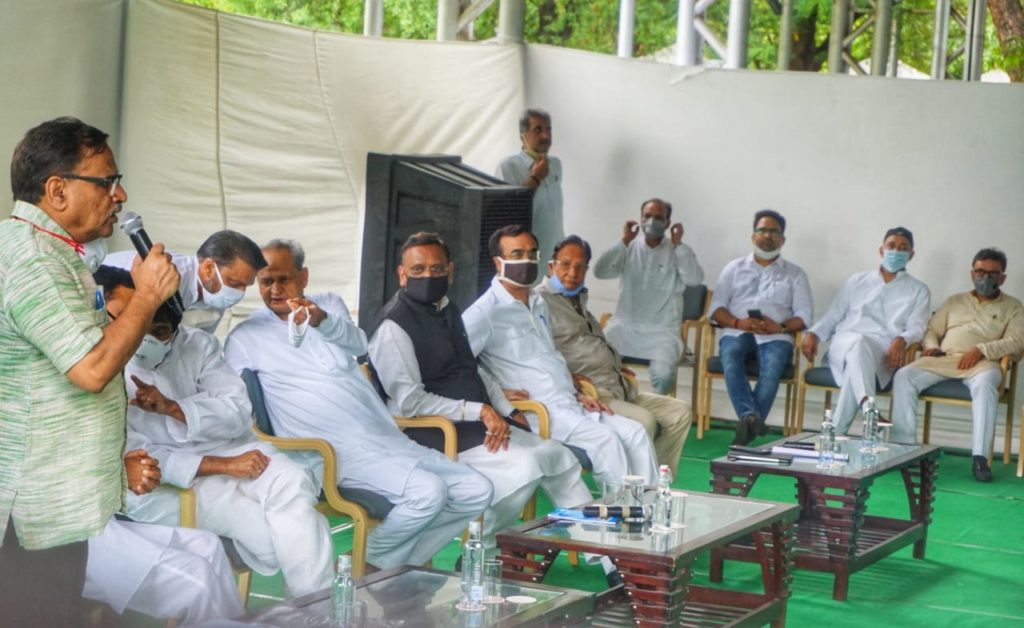 Jaipur: The MLAs who attended the Congress Legislative Party meeting at chief minister Ashok Gehlot’s residence were moved to a 5-star hotel on the city outskirts. They will be kept at the hotel for at least two days, sources said. The hotel at which the MLAs are staying was raided by the Enforcement Directorate in the morning.

As the crises in the Congress party in the state widened, there was some relief for Gehlot as the deputy chief minister Sachin Pilot who has made his differences with the chief minister public is unlikely to join the BJP. He is learnt to have expressed discontent before the party high command. He has taken exception to the notice issued by the Rajasthan special operations group (SOG) in connection with the probe into the alleged horse trading of MLAs.

The party had issued a whip, making it mandatory for the MLAs to attend the meeting.

The MLAs left in two buses after the meeting. Gehlot was with the legislators in one of the buses. When the buses left the chief minister residence, Gehlot made a victory sign. The MLAs were taken directedly to the hotel.

Heavy police force was deployed on the route from CMR to the hotel.

Sachin Pilot had on Monday claimed support of at least 30 MLAs and said that the Gehlot government was in minority. However, it appears that only 15 MLAs are backing Pilot.