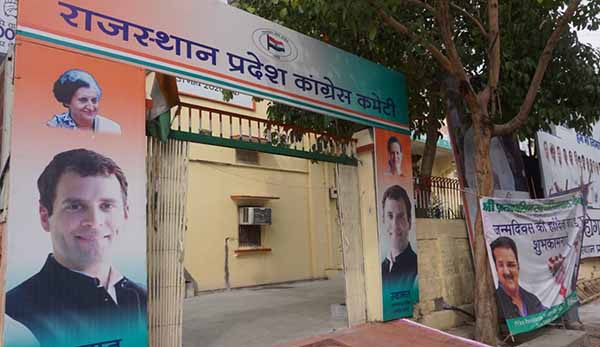 Jaipur: The Rajasthan Congress has started evaluating the reasons for the embarrassing defeat in the Lok Sabha elections after the party lost in all 25 constituencies in the state. Rajasthan chief minister Ashok Gehlot and deputy chief minister Sachin Pilot are in Delhi ever since the results were declared on Wednesday.

A working committee meeting will take place in Delhi on Saturday. The party office-bearers will evaluate the reasons for the defeat in the desert state after a good performance in the assembly elections. Sources said that many state cabinet ministers and MLAs are likely to face the music as the lack of touch with party workers and voters are primarily being blamed for the party’s debacle.

Rajasthan Congress in-charge Avinash Pandey had warned during the ticket distribution that the performance of ministers and MLAs would be evaluated after the elections. The party has performed poorly in all the assembly constituencies except for two. The party’s vote share was more than that of the BJP in Sikrai (Dausa) and Sapotara (Dholpur-Karauli) constituencies represented by Mamta Bhupesh and Ramesh Meena respectively.

Pandey told media persons that a single person or leader can not be held responsible for the defeat.

“We will evaluate the reasons and chalk out the future strategy accordingly. We will take disciplinary action if any negligence is found,” said Pandey.