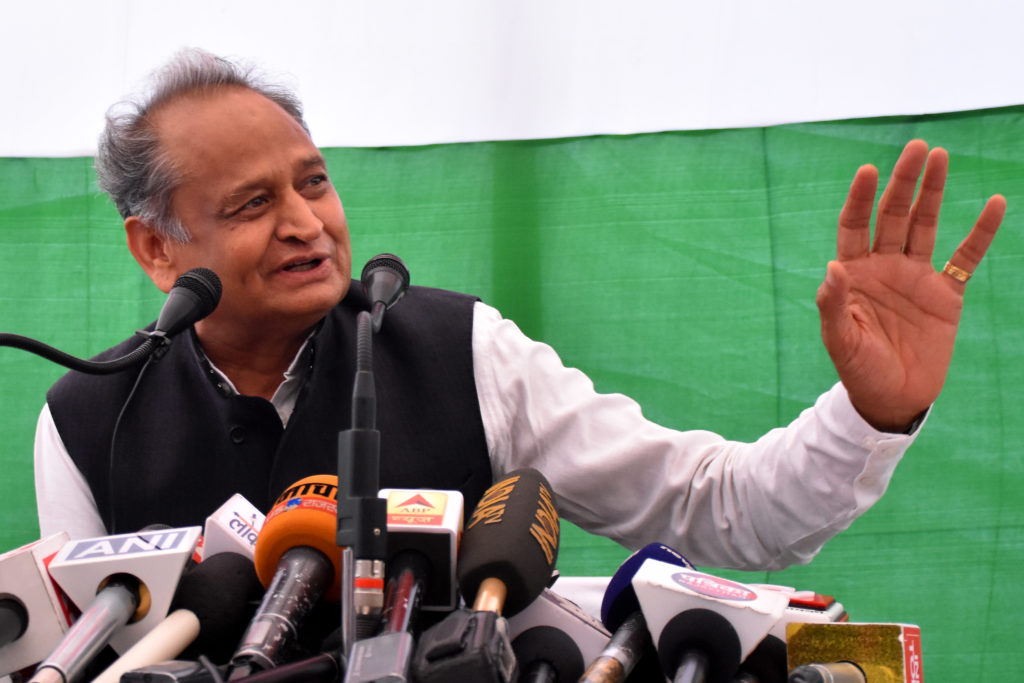 Jaipur: The Congress and BJP in Rajasthan traded allegations, each accusing the other of misguiding people. Shortly after all India Congress Committee (AICC) general secretary and former Rajasthan minister Ashok Gehlot held a press conference in Jaipur on Wednesday, state cabinet minister Kiran Maheshwari also addressed the media. To counter the ‘hue and cry’ being raised by the BJP over the national Emergency during the Indira Gandhi regime, Gehlot lashed out at state chief minister Vasundhara Raje. Accusing her of misguiding people, Gehlot said that the BJP came to power with false promises. Referring to the resignation of senior BJP leader in Rajasthan Ghanshyam Tiwari, Gehlot said Tiwari was right when he wrote in the resignation letter that there was a state of Emergency in Rajasthan under the Vasundhara Raje-led BJP rule. The BJP is misguiding people on the Emergency. The truth is the Emergency-like situation has been imposed in Rajasthan under the BJP rule, Gehlot said. Referring to the cess imposed on liquor in the name of cow protection, Gehlot said that those who are fond of liquor are imposing taxes on it. Gehlot also said that the claims of former loan waiver are misleading. It is for the first time that farmers are committing suicide as they are not getting appropriate price for their crops, said Gehlot. He also alleged corruption at the highest level in illegal mining of gravel. Countering these allegations, BJP leader and cabinet minister Kiran Maheshwari said that the democracy was murdered during the Emergency. "He (Gehlot) didn’t talk about the Emergency when he addressed media today," said Maheshwari. She added that Ghanshyam Tiwari resigning from the BJP wouldn’t have any impact on the upcoming assembly elections. "He (Tiwari) distanced himself from the party voluntarily. No one forced him to do this," said the minister. She added the Congress party’s ‘Mera Booth Mera Gaurav’ program was a complete failure.
Follow @ThePinkcityPost