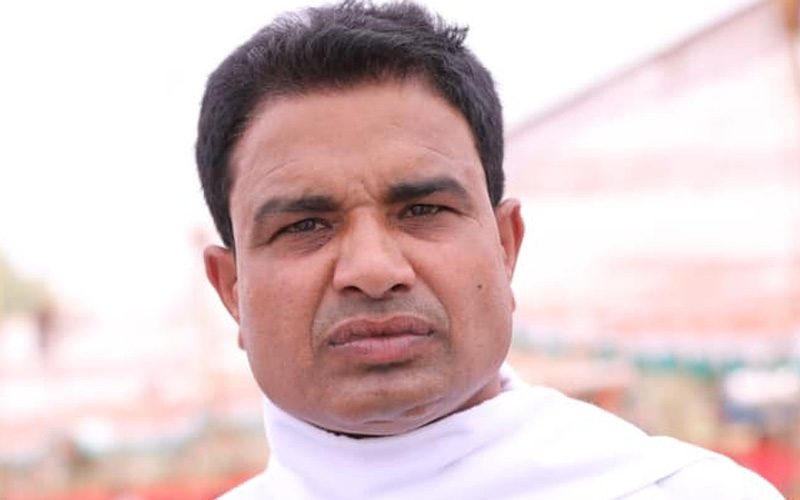 Jaipur: Congress MLA Girraj Singh Malinga surrendered before the police in Jaipur on Wednesday in connection with the alleged assault on AEN Harshdapati of Discom in Dholpur's Bari town in March. Malinga first met Rajasthan Chief Minister Ashok Gehlot and then turned himself in in the presence of Jaipur police Commissioner Anand Srivastava. The MLA said that he had surrendered following the instructions of chief minister Gehlot.

The police are taking Malinga to Dholpur where he would be handed over to the local police that is investigating the case. Malinga had accused Rajasthan DGP of implicating him. He told media persons that he had full faith in the law and he was sure that he would get justice.

“I had gone to the chief minister. He asked me for my cooperation in the legal proceedings,” said Malinga.

He alleged that he was booked under the wrong sections of IPC adding that he had full faith in the judiciary. He said that he didn’t run away.

The alleged incident took place on March 28. The legislator had gone to the local discom office with his supporters where he and his supporters allegedly assaulted the AEN. The AEN was seriously injured AEN and admitted to SMS Hospital in Jaipur. AEN registered a case against Malinga and others under various sections including section 307 of IPC. The police have already arrested five people in the case.

AEN Harshdapati is the son of Congress leader Captain Mukesh Valmiki who had contested the elections on a Congress ticket in 2003.