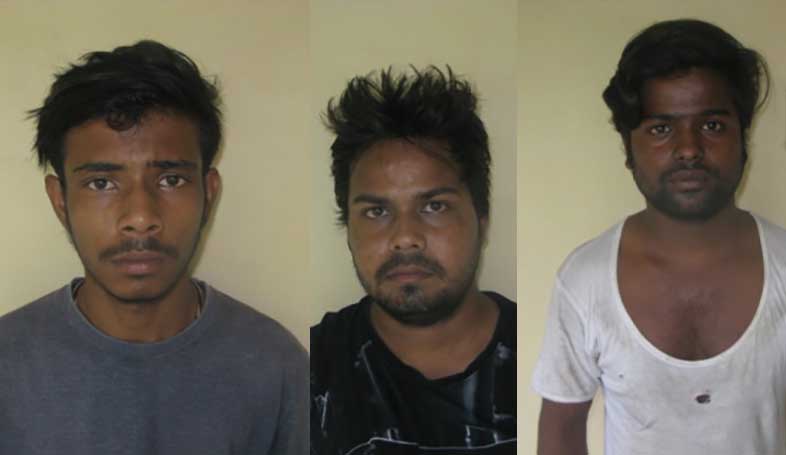 Jaipur: One of the three youths arrested by the police for setting up cars on fire in Malviya Nagar Block- B is a student of Rajasthan University’s constituent college – Commerce College in Jaipur, police officials said. Another accused is preparing for competitive examinations. The trio used to put fire to car so that they could check if they would explode. They wanted to create scare in the colony by causing explosions in the cars, said police.

The mystery behind car going up in flames in Malviya Nagar Block ‘B’ was solved three days ago when the police arrested three youths for the crime. The accused would set cars parked outside homes afire under the influence of alcohol.

DCP (east) Kunwar Rashtradeep said that an incident of an attempt to put a car afire was reported in Malviya Nagar Block ‘B’ on August 9.

“There had been similar cases, causing panic among car owners in the area. We launched an investigation after receiving complaints from people and arrested three youths on Friday,” said the officer.

The officer added that the police identified three youths involved in the arson.

“We have arrested Jitendra Mandal, Ankit Morya and Bhagawan Sahay. All of them are residents of Malviya Nagar,” said the officer.

Sub inspector Prakash who is investigating the case was quoted as saying that Bhagawan Sahay (20), who lives in Malviya Nagar’s Sector – 11, is a Commerce College student, while Ankit Morya (21) is preparing for competitive examinations in the city.

People had caught the third accused, Jitendra Morya, while he was  attempting to put a car on fire. He was handed over to the police. He revealed that the mastermind behind this was Bhagwan Sahay.

They told the police during preliminary interrogation that they put cars on fire just to have some fun.

A similar incident was reported in Alwar town recently. Windows of as many as 125 cars were smashed. The police arrested three friends. In order to celebrate the birthday anniversary of one of them, Narendra Kumar, his two friends Rishikesh and Ajit went on a tour of the town on a bike. The trio smashed windows of nearly 125 cars.