Amid reports that Gajendra Singh Shekhawat is a strong candidate for the post, a comment was posted on the Facebook profile of the BJP national president saying that the party high command should appoint a leader who has a clean image and enjoys electoral support. 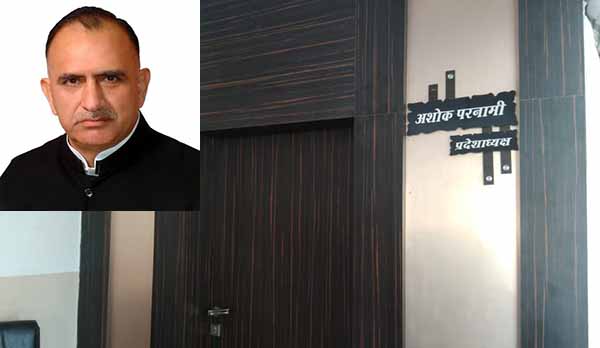 Jaipur: Ravi Shekhar, son of the union minister of state Arjun Meghwal, courted controversy after a comment from his Facebook profile was posted on the Facebook wall of BJP national president Amit Shah. It kicked up a political storm in Rajasthan at a time when there are speculations about an ongoing tug-of-war between Rajasthan chief minister Vasundhara Raje and Amit Shah over the appointment of the ‘right’ candidate for the post of the party state unit president.

Amid reports that Gajendra Singh Shekhawat is a front-runner for the post, a comment was posted on the Facebook profile of the BJP national president saying that the party high command should appoint someone with a clean image and electoral support.

When media persons sought his reaction, Ravi Shekhar said that he had not made any such comment.

“The comment was posted by some mischievous element. Many people come to our house. Someone used my cell phone and posted this comment. I am considering a legal action in the matter,” said Ravi Shekhar adding that he had no opinion with regard to who should be appointed for the BJP president in Rajasthan.

Almost even a week after Ashok Parnami stepped down as BJP president, the party high command has not been able to appoint a replacement. Sources said that Gajendra Singh Shekhawat was a front runner but the party has not announced his name due to internal strife. The names of Arjun Meghwal and Om Birla are also doing the rounds.