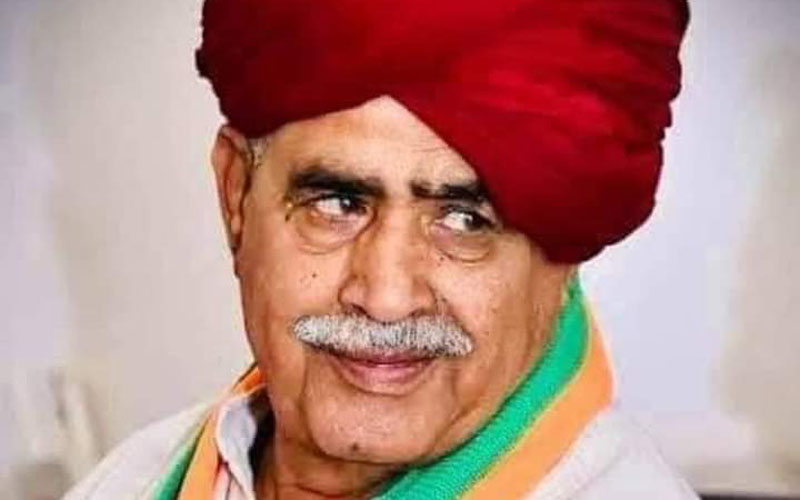 Jaipur: Colonel Kirori Singh Bainsla (83), convener of Gurjar Aarakshan Sangharsh Samiti, passed away at a private hospital in Jaipur around 6 am on Thursday. He has been battling with post-Covid complications for the past few months. Senior government and political leaders mourned his death.

He was rushed to the private hospital in the Sikar Road area early on Thursday when his condition deteriorated. He died while undergoing treatment.

Bainsla has been instrumental in highlighting the issue of reservation for Gurjar community.

After the news of his death spread, his supporters started gathering at the hospital. According to the family members, his last rites will be performed at Mudia near his native village Hindaun on Friday. His son Vijay Bainsla was with him when he breathed his last. His last remains are at a house in Vaishali Nagar. Bainsla is survived by three sons and a daughter.

He and his supporters staged protest by sitting on railway tracks. After their agitation, the then government of Vasundhara Raje formed the Chopda Committee, which prepared a report on the condition of the Gurjars. After the long-running reservation movement, five castes including Gurjars got separate reservation with OBC first in Special Backward Class and then Most Backward Class (MBC).