Cloth markets remain closed in Rajasthan in protest of GST 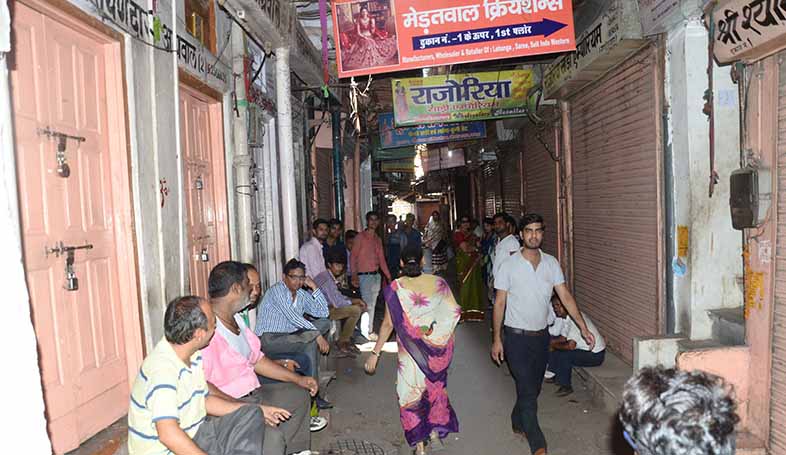 Jaipur: Nearly two lakh textile shops in Rajasthan remained closed on Tuesday in protest of goods and service tax (GST). As an estimate, the shutdown affected business to tune of Rs 5,00 crore in the state. The strike will continue till June 30, trader associations said.

The impact of shutdown was most visible in Jaipur’s Walled City area where garment and textile shops remained closed throughout the day.

There are nearly 2 lakh textile shops in the state. According to estimates, business of nearly Rs 2000 crore will be impacted over the next four days.

Grain mandis will also remain closed from June 30 to July 3. There are nearly 247 mandis in the state, doing business to the tune of Rs 1200 crore daily.

The strike in protest of GST may cause a loss of Rs 25,000 crore in Rajasthan.

“This is for the first time in the past 70 years that garment traders will have to pay a tax. It will become a burden on common men,” said Omprakash Taneja, president of Sari Traders Association.

The central government is planning to implement GST from July 1.

The government says that it will be the biggest tax reform in India since Independence. GST will subsume a large number of central and state taxes into a single tax. It is estimated that GST could raise GDP or gross domestic product growth by 1.5-2 per cent in the long term.