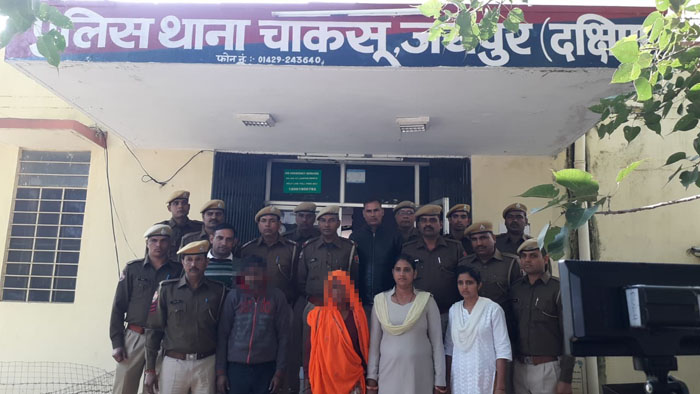 The parents of the girl who was detained for murdering her classmate in Chaksu two days ago.

Jaipur: Two days after the body of a 13-year-old girl was found in Chaksu area, the police made a startling revelation and detained her classmate for the crime. The police officials said that the classmate – a minor girl - murdered the victim over a minor dispute about a ball pen in the school. The police also arrested the classmate’s parents for helping their daughter dump the body after destroying evidence.

Thirteen-year-old girl – identified as Payal – was found murdered in Badali village in Chaksu area of the Jaipur outskirts on December 12. Payal and the classmate who has been detained for the murder study in the same class at a government school in their village. We are not disclosing the identity of the girl who was detained and the parents as she is a minor.

“When Payal reached home from school, she realized that she had left her ball pen with the girl who we detained for the crime. When Payal when to her classmate’s house and asked for her pen, the classmate refused to return it. It led to an argument. Out of anger, the classmate hit Payal on her head with an iron road. The injury was serious so she died on the spot,” said Anand Srivastava, commissioner of police.

He added that when the classmate’s parents came to know about the incident, they dumped the body outside the village and destroyed evidence.

“The girl has been detained and the parents arrested for hiding the crime. Further investigation is going on,” said the officer.