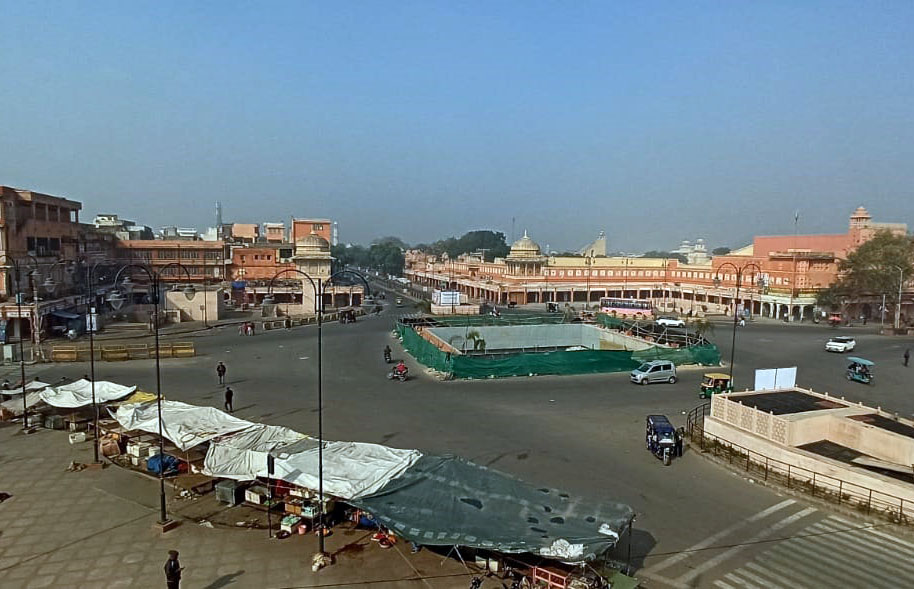 Jaipur: The weekend curfew came into effect in Jaipur on Sunday. Except for emergency services, everything remained closed and the roads wore a deserted look as the city residents remained indoors. Many were seen on the rooftop of their houses to fly kites in the afternoon.

Jaipur reported 1871 new Covid-19 cases that are fewer than the number of cases reported on Saturday, but sources said that the drop is owing to the decreased testing. Almost half the samples being tested for Covid-19 are still coming out positive.

The Rajasthan government had recently issued guidelines including weekend curfew in the state from 11 pm on Saturday to 5 am on Monday. Everything remained closed on Sunday except emergency services, petrol pumps and commercial establishments in the exempted categories. Markets, shops, shopping malls, gyms, clubs remained closed. Only shops selling grocery and vegetables, medical and chemist stores, and dairies were open till 8 pm.

Factories, IT and telecom services, wedding ceremonies, emergency services offices, all vehicles carrying goods along with railway stations, bus stands and passengers going to and from the airport were exempted from the curfew. People were allowed to venture out of their homes for vaccination. All the wildlife sanctuaries and tiger reserves of the state were also closed.