A candle march taken out from Rajmahal Palace to Chomu House Circle. 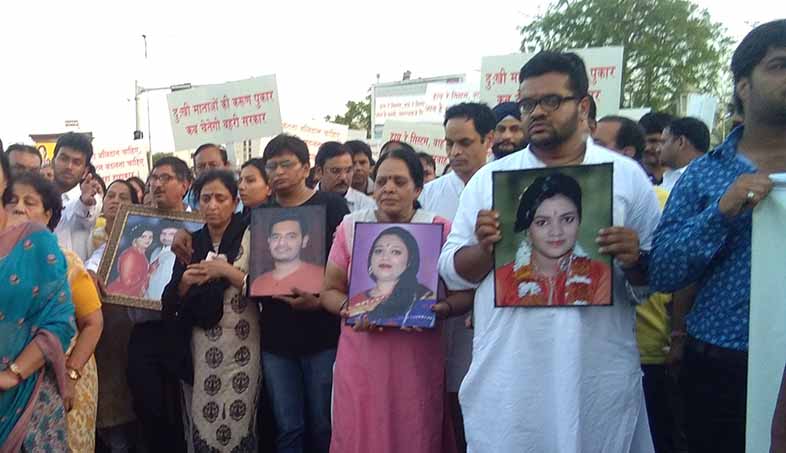 The family members of five people who were killed in a road accident near Chomu House Circle in Jaipur taking out a candle march on Saturday. Image credit: Post Staff.

Jaipur: A large number of city residents participated in the candle march organized by the family members of five people who were killed in a tragic road accident near Chomu House Circle in Jaipur on June 6.

Holding placards in their hands, the residents marched behind the family members.  They gathered at Rajmahal Palace and took out a march to Chomu House Circle. They observed silence in the memory of the departed souls.

City residents shouted slogans against the government for negligence in handling the rescue operation and failing to stop entry of overloaded vehicles into the city.

Many eyes welled up when people saw the family members holding the pictures of victims in their hands and silently leading the march. 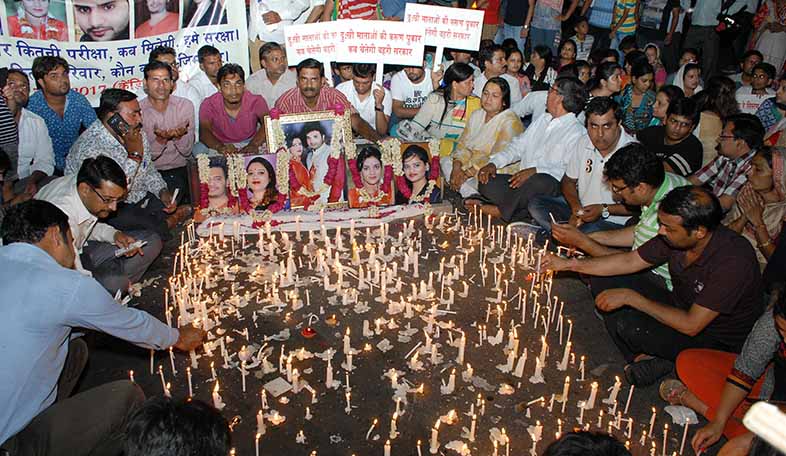 “There is no denying the fact that negligence on part of the administration played a big role in taking lives of five innocent people. How an overloaded and overspeeding vehicle was allowed to enter into a prohibited area is a question that the government should answer. It should wake up and take measures to prevent such incidents in the future,” said Akanksha Sharma, a student who participated in the march.

The family members demanded that an independent agency should investigate the accident case.

“Officials responsible for the entry of an overload truck into the city should be brought to book,” said Ashta Sharma, sister of Rahul Sharma who was killed in the accident.

Rahul Sharma, a resident of Laxminarayan Puri and her fiancé Roshni Sharma, a resident of Malviya Nagar sector – 3 were on their way to Nahargarh when an overloaded truck fell over their car. The couple and three others – Roshni’s sister Jyoti Sharma, niece Avantika and nephew Nitesh were killed in the incident.