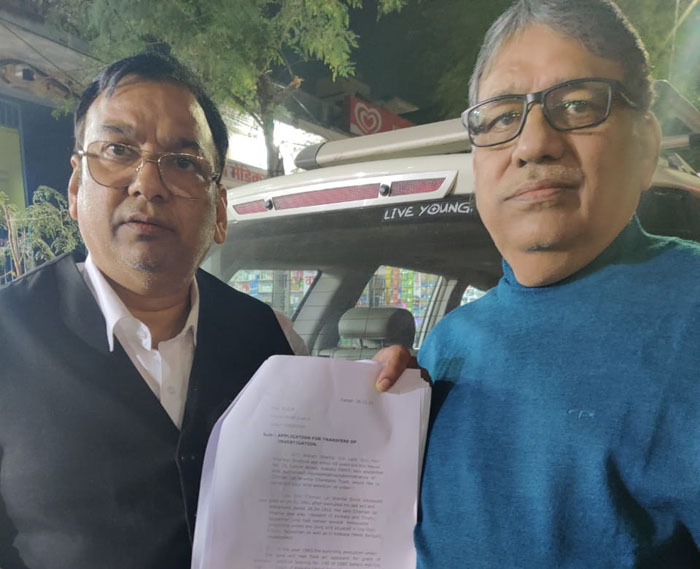 A memorandum was handed over to the DGP by representatives of the trust.

Jaipur: The matter of illegal sale and purchase of the land measuring about 20,000 square yards in Churu district of Rajasthan has reached the Chief Minister and DGP office of Rajasthan. The land owned by the Chimanlal Bhartia Charitable Trust was allegedly sold illegally and when an FIR was registered in this regard, the land grabbers started issuing life threats to the trust members.

The members of the trust had recently met Kuldeep Ranka, the principal secretary to the Chief Minister Ashok Gehlot, for a fair and prompt action in this matter. Now, they have apprised Rajasthan DGP ML Lather of the threats that they are getting. They handed over a memorandum to the DGP on Friday.

The members of the trust alleged that despite the court order, the local police has not taken any appropriate action in the matter. They accused the local police of acting under the influence of the land mafia. The police inaction has emboldened the mafia to such an extent that they are now threatening the trust members.

Trust’s advocate GL Soni told media persons that the copies of the decisions taken by the court in favor of the trust in the matter were handed over to the DGP. The documents show how the land was bought and sold fraudulently and illegally.

“We have also demanded the immediate arrest of the 21 accused persons in the case against whom the trust had lodged an FIR,” said Soni.