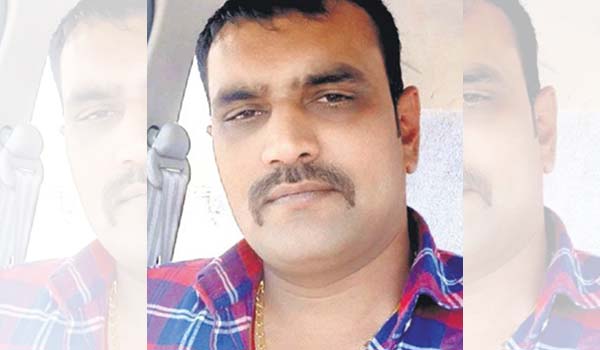 Surendra Jadia who was shot dead in Sadulpur town of Churu district. The firing created panic.

The shooters fired indiscriminately at Surendra, murdering him on the spot. They fired at least 10 shots. The police have recovered cartridges and a magazine from the spot. There is no clue about the identity of the shooter, according to preliminary reports.

Surendra owned a transport company and was a senior leader of the right-wing Hindu organization in the area.

The incident took place around 7 pm on Thursday evening.

The three shooters were on a bike. They parked it near the transport company office where Surendra was working.  They walked to the office and waited for Surendra to come out. As soon as the victim walked out of the office, they started firing on him.

The firing in this densely populated area created panic among the local residents. The shooters fled from the spot after the incident. Senior police officers arrived at the murder scene and launched a hunt for the criminals.

A forensic examination of the spot was also conducted. The police have however got no headway in the probe.