Kishan Singh is survived by his wife and two sons – 5-year-old Dharmaveer and 2-year-old Mohit. 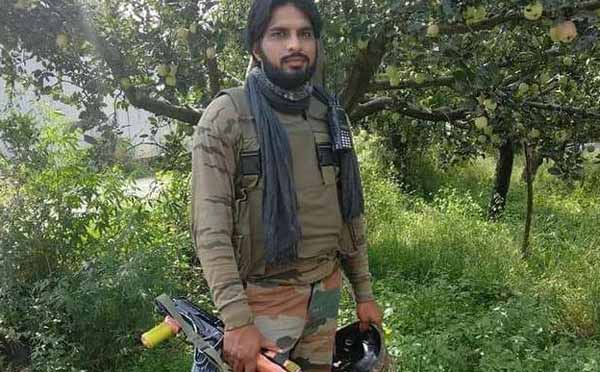 Kishan Singh Rajput from Churu who was killed in Jammu and Kashmir on Saturday.

Jaipur: The last remains of army jawan Kishan Singh Rajput (31) who was martyred in Jammu and Kashmir on Saturday morning will be brought to his native village Bhinchari in Churu district of Rajasthan on Sunday.  Before taking his last breath, he killed three suspected terrorists in Pulmawa area of Jammu and Kashmir. He had sent a photo to his family members in Churu before the encounter with terrorists.

Kishan Singh is survived by his wife and two sons – 5-year-old Dharmaveer and 2-year-old Mohit.

The family members and villagers were deeply grieved over his demise. As the news of his death reached the village, the wife of Kishan Singh lost consciousness.

“He had last come to village during Diwali holidays and stayed for a long time. He had left nearly 10 days ago. He had made a video call to his wife on Saturday morning before going into the encounter with terrorists,” neighbor Ramesh Batad said.

Kishan had completed his graduation recently. His father had passed away nearly seven years ago. He was the bread earner for the family. He joined the army in 2009 and got married in 2011.