Churu: Father of child who was ‘beaten to death’ by teacher regrets sending son to school

Home » City Reports » Churu: Father of child who was ‘beaten to death’ by teacher regrets sending son to school 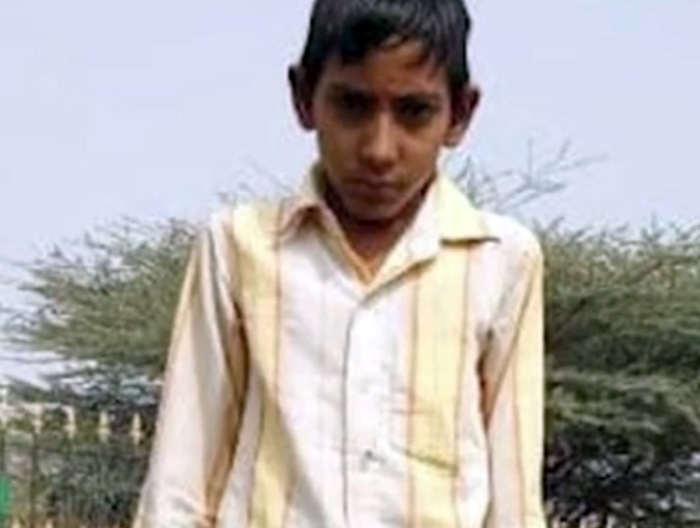 Jaipur: The schools reopened recently after remaining closed since the Covid-19 pandemic broke out. Most parents are still reluctant to send their children to school, but the father of 13-year Ganesh Sharma did and now he regrets his decision. He sent Ganesh to school with the intention that it would help his son revive his study routine, but Ganesh died after he was mercilessly beaten up by his school teacher.

The incident took place at Modern Public School in Salasar village of Churu district in Rajasthan. The family members of Ganesh who was a class 7 student are inconsolable.

On Wednesday, a teacher – identified as Manoj Dhidharia – beat up Ganesh mercilessly for not doing homework. The father of the child – Omprakash Sharma – says that he was working on his agriculture farm when he received a call from Manoj. Manoj told him that he had to beat Ganesh because he was not doing homework. Manoj asked him to come to the school. When he reached the school, his wife was already there.

It came up that Manoj had beaten up Ganesh mercilessly and when the child fainted, the teacher rushed him to a nearby hospital in his car. The doctors declared Ganesh dead. He was bleeding from his nose.

The police have registered a case of homicide against Manoj and taken him into custody. The affiliation of the school has been revoked.