Chaugan Stadium underground parking to be functional from August 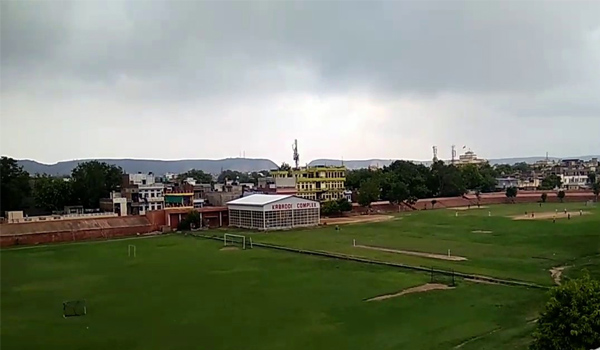 Jaipur: In order to ease the parking pressure in the Walled City, the work on the underground parking space being constructed at Chaugan Stadium under the Smart City Project is in full swing. The parking will likely be operation from August. The civil work has been completed, according to the senior officials. Tenders have already been issued for the remaining works.

The officials believe that the parking facility at Chaugan stadium will go a long way in reducing traffic congestion in several markets of the Walled City including Gangauri Bazaar, Chhoti Chaupar and Chandpole Bazaar.

“On one hand, it will be easier for the people coming to the Walled City to find parking space. On the other hand, the underground parking will benefit the traders. The biggest problem that discourages many people from coming to the Walled City markets for shopping is parking. The Chogan Stadium parking will solve this problem for some of the markets,” said a senior officer of Smart City project.

The parking will be able to accommodate over 400 vehicles.

“The deadline to complete the work is December, but we have managed to finish most of the work. We hope the parking will be thrown open for the public by August,” said the officer.

Chandpole Anaj Mandi is another parking facility in the Walled City.

“The work for this parking facility will be completed by December. This will be the first parking in the city where people will be able to book the space for vehicles using a mobile app,” said the officer.