In this detailed guide, we will discuss everything you need to know about Central Parking, timings, parking, entry fee and most notable attractions here. 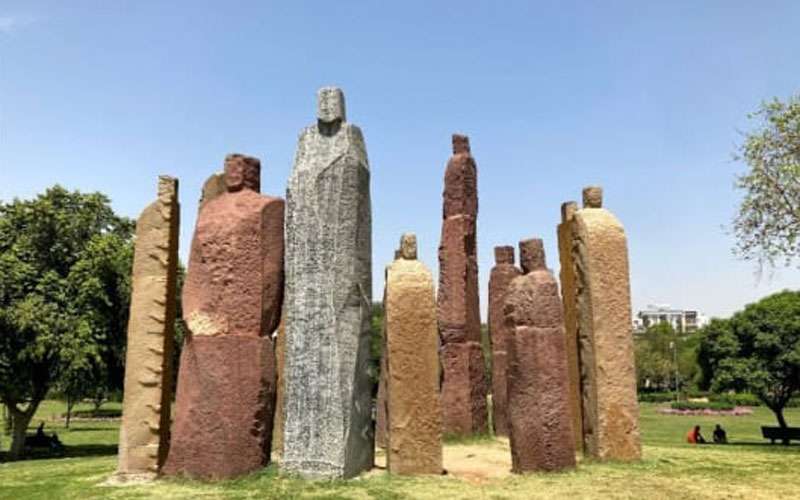 JAIPUR: If you love taking a jog in the midst of lush green surroundings, winding paths and a variety of flora and fauna, Central Park is the best place to head to in Jaipur. It is the largest park in Jaipur with a 4 km-long jogging track, open-air yoga and meditation centre, musical fountain show and most importantly the tallest national flag in India.

In this detailed guide, we will discuss everything you need to know about Central Parking, timings, parking, entry fee if there is any and the most notable attractions:

Central Park is a sought-after destination among people of all ages in the city. The reason is that whether you are an adult, kid or elderly, there is something for you to do here. For the elderly, the most popular activity is participating in group open-air meditation and yoga sessions in the morning. They are completely free of cost. The adults love taking a run on the city’s largest jogging track. Its length is 4 km. For kids, the open-air gym is the most attractive feature. This is also a go-to destination for couples and families for picnics. All these features make it a popular tourist destination in the city where you can enjoy a serene environment, breathtaking greenery, and the sounds of native and migratory birds.

Jaipur Development Authority (JDA) developed this park and it was inaugurated on January 21, 2006, by then chief minister Vasundhara Raje. It features the tallest national flag of India.

JDA sponsors free meditation and yoga sessions at the park in the morning and these sessions are very popular among elderly people.

One of the best things about Central Park in Jaipur is that you will have sufficient parking space, particularly if you avoid the rush morning and evening hours when joggers in large numbers visit it for its excellent jogging track.

There are five large parking spaces in Central Park at Gate Number – 1, 2, 3, 4 and 5. You can access the first from the Jan Path in front of the Rajasthan secretariate building and the second one near the Polo Ground. However, the parking near Polo Ground is meant for those visiting the Polo Club. The parking space is accessible via the road leading from Statue Circle towards SMS Hospital.

If you are planning to enjoy the musical fountain, you should visit the park in the evening. The dancing waves of the fountain amaze the visitors. The fountain is not as good as the one at the City Park in Mansarovar, but it’s definitely one of the best musical fountains in the city.

If you are looking to take part in free yoga and meditation centre then you should reach the park by 6.30 am. This one-hour yoga session is the most popular activity in the park.

Central Park location: How to reach

The Jaipur International Airport in Sanganer is located about 12 km from Central Park and it takes about 30 minutes to reach here by car. Jaipur Railway Station is about 5 km from Central Park. If you are planning to visit Central Park Jaipur by road, then tell that Jaipur is connected to all the major cities of India through the network of National Highways 8, 11 and 12.

Rambagh Polo and Golf Club is the most prestigious club in the city. It is part of the Rambagh complex consisting of Rambagh Golf Club and Rajasthan Polo Club. The people visiting Central Park often get to enjoy international golf tournaments hosted on the polo ground and the members of Rambagh gold course play golf on the lush green grounds.

Jaipur Polo Club and Golf Course are also part of Central Park; however, they are not accessible to the general public.

The Rambagh Polo Golf Club has about 1800 members. Rajasthan Polo Club has only about 250 members.

What is Central Park Jaipur famous for?

Central Park Jaipur is famous for its 4-km jogging track winding through the greenery, the country’s tallest national flag, lush green grounds, a variety of flora and fauna and a musical fountain among many other things. It is one of the most sought-after destinations for family picnics and jogging.

What is the total area of Jaipur Central Park?

Central Park in Jaipur is spread over an area of about 300 acres. It’s the largest park in the city and features the longest jogging track.

Are pets allowed in Central Park?

No, pets are not allowed in Central Park. While you see many people taking their pets with them, you may be asked to leave by the guards if your pets are accompanying you.

Does Central Park have sports facilities?

No, Central Park doesn’t have any sports grounds. While Gold Club and Polo Ground are part of the Central Park complex, the general public is not allowed to play golf or polo on these grounds. However, there are two open-air gyms in the park.