Rajesh Sharma, who was head cashier, had been suspended after the embezzlement came to the notice of bank authorities. An FIR had been registered against him. 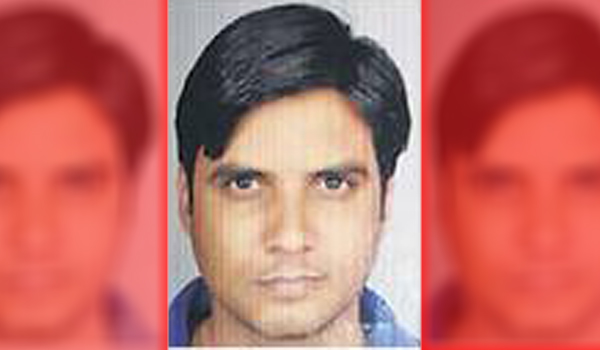 Rajesh Sharma accused of theft at a bank in Bhilwara

Jaipur: The cashier, identified as Rajesh Sharma who allegedly stole Rs 2.51 crore from Bhilwara Urban Bank’s main branch situated in Nagauri Garden was arrested from Jaipur on Sunday. He allegedly told the police that he had lost the money he stole from the bank to betting. Rajesh Sharma, who was head cashier, had been suspended after the embezzlement came to the notice of bank authorities. An FIR had been registered against him.

He was arrested by Kotwali police in Jaipur. He was staying with a relative in Jaipur after disappearing from Bhilwara. Rajesh is a resident of New Housing Board in Shashtri Nagar. He was trying to get in touch with his lawyer when he was held on Sunday.

“He had been placing bets using the money he stole from the bank for the past one and a half years. He was under debts,” said a police officer.

The customer had complained about the missing money to another cashier of the bank, Mahesh Pandey. Mahesh complained to bank MD Dharendra Varma who was on leave. Mahesh also confronted Rajesh about it. Rajesh made some excuse which caused suspicion.

Rajesh had been working as a head cashier at this bank for the past 12 years. He lives in a rented accommodation in Subhash Nagar of Bhilwara. The bank officials claimed Rajesh had been stealing money for a long time, but he managed to stay undetected.