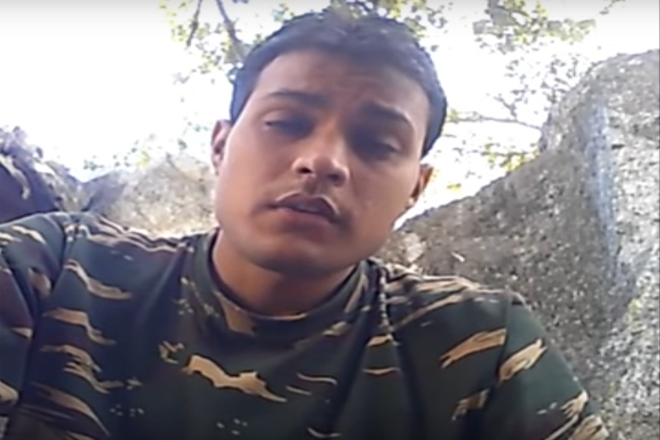 Central Armed Police Forces jawan caused a stir on Thursday after he videotaped himself to complain of discrimination against CISF.

While the controversy surrounding a Facebook video posted by Border Security Force (BSF) solider Tej Bahadur Singh was yet to die down, a Central Armed Police Forces jawan caused a stir on Thursday after he videotaped himself to complain of discrimination against CRPF.

CRPF constable Jeet Singh posted a YouTube video addressing to the Prime Minster Narendra Modi. In the video, he alleged that CRPF jawans were being discriminated compared to the army and abysmal pay.

“Government school teachers are paid more than us…and we get no holidays or benefits. The difference is such that you will be stunned…The army has pension, we don’t have anything. 20 years later, when I leave the service, then what…I want to send a message to the Prime Minister.”

The video has once against brought to fore the plight of soldiers and jawans of paramilitary forces in the country.

The government has already ordered a probe into the video posted by solider Tej Bahadur Singh. In the video, Singh alleged corruption in the army and said that soldiers were getting atrocious food.

The BSF however said that Singh had a history of bad conduct and was an alcoholic. The army once even considered court-martialing him.

“We have already started the process of evaluating the situation, everything is being checked, based on the report there are some suggestions, we are implementing those.. all facilities need an update, so we are doing that,” Minister of State For Home Kiren Rijiju said while talking to media persons about the two videos posted by jawans.