The family of Jitendra survived by his wife and a 3-year-old son lives in Rajat Path area. His family including parents had visited him recently. He saw them off on Monday. 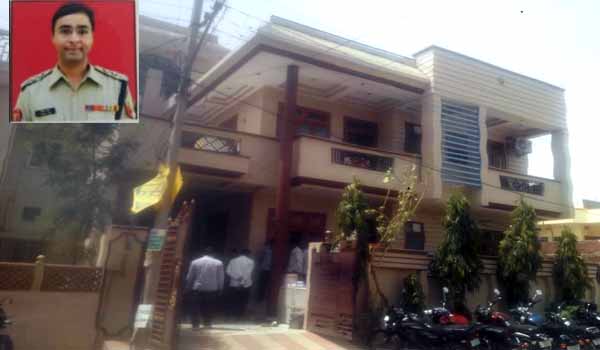 BSF jawan Jitendra Chaudhary and his house in Rajat Path

Jaipur: 32-year-old Jitendra Singh whose family lives in Rajat Path area in Mansarovar, was among the four BSF personnel killed in unprovoked firing by Pakistan rangers in Jammu and Kashmir in a ceasefire violation on Tuesday night.

A pall of gloom descended on the entire neighborhood after the people came to know about the death of Jitendra who originally hails from Salempur village in Bharatpur.

The firing took place in Samba district of Jammu and Kashmir on Tuesday night. 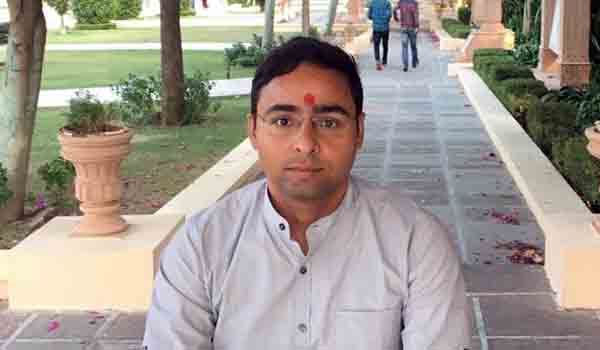 Jitendra is survived by his wife and a 3-year-old son.

A relative told The PinkCity Post that Jitendra’s parents, wife and son had gone to visit him in Jammu. He saw them off on Tuesday. A few hours after they reached Jaipur, the news of Jitendra’s death was delivered to them.

“Jitendra’s son Yash was insisting on vising his father during summer holidays, so the entire family went to visit Jitendra. They stayed in his officers’ quarters and left Jammu on Tuesday,” said the relative.

On Wednesday morning, the officials of Border Security Force (BSF) informed the family that Jitendra was killed in the firing.

The family members were inconsolable.

“He was a hero of the neighborhood. Neighbors used to respect the family a lot because Jitendra was serving the nation,” said the relative.

Final rituals will be performed with army honors after the body arrives in the city.

Chief minister Vasundhara Raje and other senior politicians expressed grief over the death of the four BSF personnel.

According to preliminary reports, two other jawans, Ramniwas and Hansraj Gurjar, who were martyred belonged to Sikar and Alwar respectively in Rajasthan.