Police suspect that the man was beheaded at some other place and his body was brought to the plot in a four-wheeler. 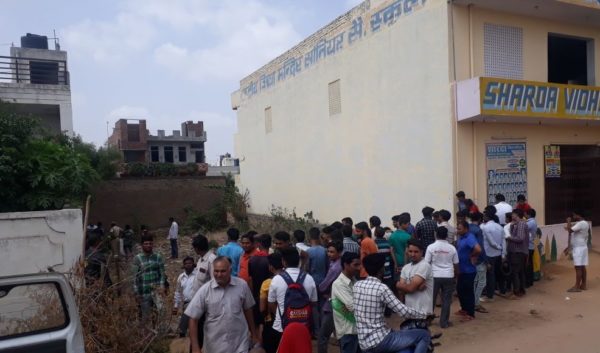 Jaipur: The body of a 25-year-old man, identified as Vikas, with his head chopped off was found in an empty plot in Mayur Vihar Colony of Jhotwara area on Sunday morning.Vikas was staying in a rented accommodation in Mayur Vihar along with his brother Ajay and Ajay’s wife. The police arrested Ajay and his wife for the murder. The motive behind the murder is suspected to be the victim’s illicit relationship.

The accused couple first chopped off the victim’s ears and nose and then severed his head. They then took the body in a sack and threw it in the empty plot near their house. A neighbor saw the body and informed the police.

A team from Kardhani police station was rushed to the spot.

The incident created panic in the locality. The plot is situated next to Sharda Vidhya Mandir Senior Secondary School in Mayur Vihar. “After getting information about a body in a sack, a team was sent to the spot along with forensic experts. The body was pulled out of the sack. The head was completely severed. There were injury marks on ears also suggesting that the murders trying to chop them off also,” said a police officer. 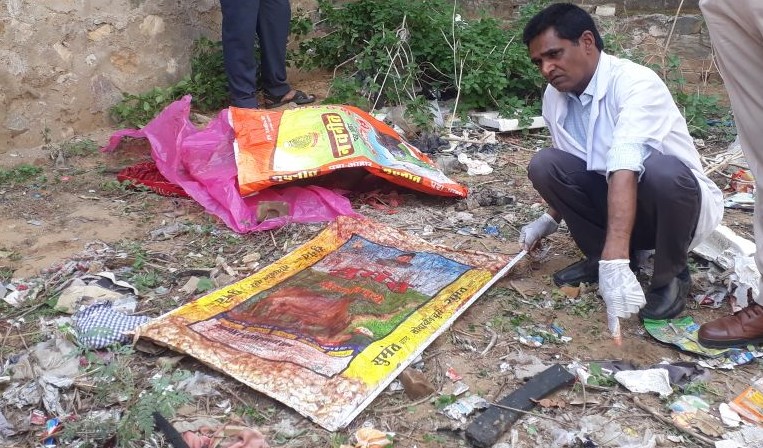 Sack in which the body was found in Mayur Vihar near Nangal Jaisabohra in Jhotwara.

The man was not wearing any clothes, so no identify documents could be found. But some neighbors identified the victim. The police found that his brother Ajay and Ajay’s wife were missing. The duo allegedly confessed to the crime. The family belongs to Patna in Bihar.