The woman was walking to her hotel when a bull attacked her. She fell to the road and sustained injuries on her face, shoulders and knees. 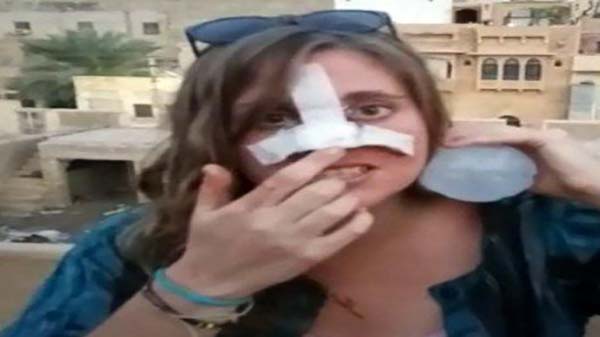 A woman from England was injured in a bull attack at Sonar Fort in Jaisalmer.

Jaipur: A British woman, identified as Melissa, was injured when a bull suddenly attacked her while she was walking to her hotel after visiting Sonar Fort in Jaisalmer town on Thursday. The woman was rushed to a hospital and discharged after primary treatment.

The woman told media persons that she fell to the road and sustained injuries on her face, shoulders and knees.

“I was bleeding from my nose. Some people took me to a nearby hospital in a taxi. I was discharged after first-aid. It was a horrible experience.  I had a very narrow escape,” the woman said.

She added that her alertness saved her.

“Had I been distracted, the animal would have hurt me more seriously,” said the woman.

The incident has once again exposed the menace of stray animals at popular tourist destinations in Rajasthan. In November last year, an Argentine tourist was gorged to death by a bull in the Walled City of Jaipur. The incident embarrassed the government, but it has apparently not learnt any lessons.

The Argentine tourist had come to Jaipur on a tourist visa. Her girlfriend who was accompanying him alleged negligence in providing medical aid when the victim was being rushed to a hospital in an ambulance. The Argentine was a graphic designer and had been part of movies like Fast and Furious 7 and Guardians of Galaxy.