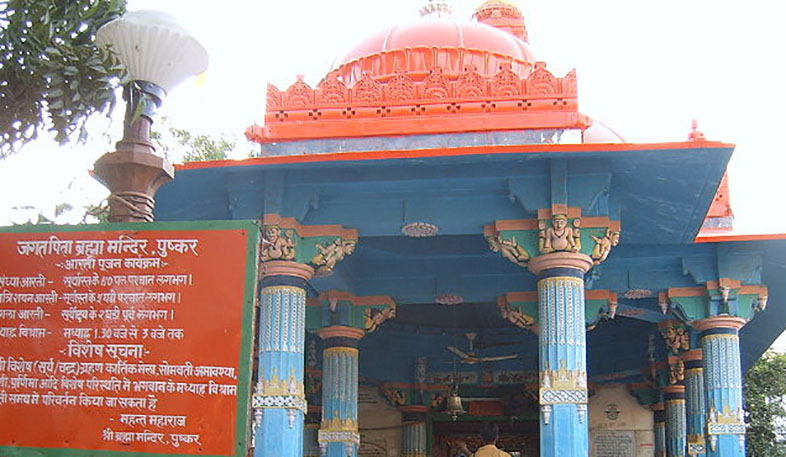 Jaipur: Intentionally renowned Brahma temple in Ajmer district’s Pushkar town will soon be revamped. The Rajasthan government has approved a budget of Rs 19 crore to construct an entry plaza. Beautiful domes, shades, escalators, fountains, idols and artifacts will be constructed without tampering with the temple’s original structure and architecture.

After getting a go ahead from chief minister Vasundhara Raje, the work on the entry plaza is scheduled to begin in the next two months.

“The current structure is not sufficient to accommodate the growing crowd of devotees who come to the temple to offer prayers everyday. In order to make it hassle-free for devotees, the state government has decided to build an entry plaza of international standards,” said a senior district administration officer.

Apart from domes, shades, escalators, fountains, idols and artifacts, the government will also build an open theatre for people to watch prayers being performed inside the temple.

Devotees will be able to watch puja and other religious ceremonies live on big TV screens to be installed outside the temple.

Food courts, cow shelters and a yagya shala will also be developed. Heritage lights will light up the temple premises. Nearly 9 bigha land behind the temple that is currently lying unoccupied will be developed into a beautiful theme park. Music systems chanting mantras and prayers will also be installed in the entry plaza.

The Brahma temple is an internationally recognized religious place. The temple is one of very few existing temples dedicated to the Hindu creator-god Brahma in India and remains the most prominent among them. Although the present temple structure dates to the 14th century, the temple is believed to be 2000 years old.