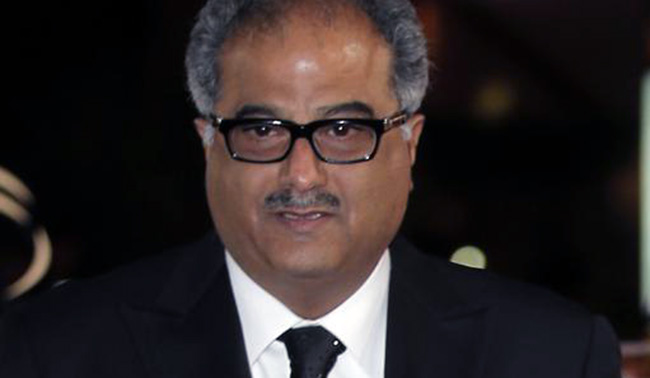 FIR registered against Boney Kapoor, two others in Jaipur. Photo from the director's twitter page.

Jaipur: A man has registered an FIR against Bollywood director Boney Kapoor, one Mustafa Raj and the director of Signature Cricket League Pawan Jangid for allegedly duping him in the name of unrealistic returns on his investment in the Celebrity Cricket League. The complainant and his friend invested nearly Rs 67 lakh, but the league was not organized. SHO, Pratap Nagar Sanjay Sharma said that the total fraud amount mentioned in the FIR is nearly Rs 2.5 crore.

The complaint was registered with Pratap Nagar police in Jaipur by one Praveen Shyam Sethi, a resident of Ramnagaria in Jagatpura.

“I met Pawan Jagid in 2018. He claimed that the Celebrity Cricket League will take place in Jaipur and he was in contact with many Bollywood actors. He also claimed that Boney Kapoor and Mustafa Raj were partners. He promised that his investment would be doubled. Pawan took me to Mumbai and arranged a meeting with Mustafa Raj,” said the complainant.

He added that he gave him Rs 35 lakh and recommended a friend to invest. The friend also invested Rs 32 lakh.

The victim approached a court that ordered Pratap Nagar police to register an FIR. The police have launched an investigation.