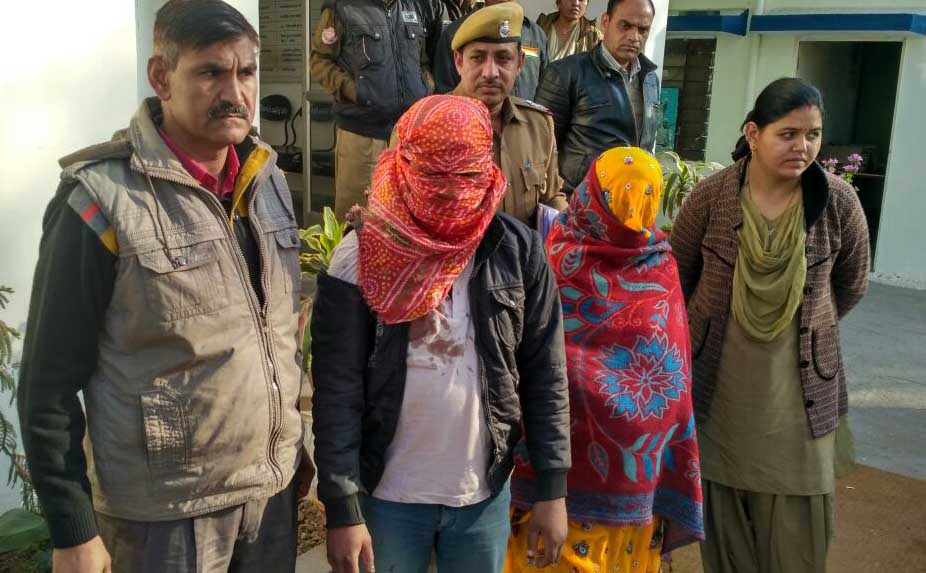 Two members of a blackmailing gang that extorted money by threatening to implicate its victims in bogus rape cases were arrested by Jaipur police. Image credit: Post staff

Jaipur: The city police used the modus-operandi of a blackmailing gang that extorted money by threatening to implicate people in bogus rape cases against its own members.

The gang members, consisting of a woman, blackmailed at least 13 people including property dealers, building material suppliers and shopkeepers in the past one and a half years.

When the police came to know about the gang, a sub-inspector of Jaipur police befriended its woman member over phone. When the woman called the officer to a place so that she and other members could kidnap him and get ransom by threatening to implicate him in a bogus rape case, the police nabbed her and one of her accomplices.

Deputy commissioner of police (East) Kunwar Rashtradeep said the woman and her accomplice are Kanchan Meena, alias Geeta alias Anjali (42) and Ramraj Meena (35) have been arrsted. Both are residents of Sawaimadhopur district.

The police came to know about the gang when 36-year-old Teekam Sharma, a building material supplier, registered an FIR against them. On January 5, the gang members asked Teekam to come to a place near Sambharia Road from where they kidnapped him and took him to Sawaimadhopur.

After receiving a ransom of Rs 1.5 lakh, the gang released Teekam. He approached the police following a probe was launched.

Sub-inspector Nathu Lal got Kanchan’s from Teekam and called her. He befriended her and both used to speak for hours on phone. After almost a week, Kanchan called Nathu Lal to a village in Sawaimadhopur. The police arrested Kanchan who told her about her accomplice Ramraj. The police nabbed him also.

“The gang duped many people in the past one and a half years. Some police cases are registered against the gang with Khonagorian and Shivdaspura police stations in Jaipur,” said probationer IPS officer Tejaswini Gautam.