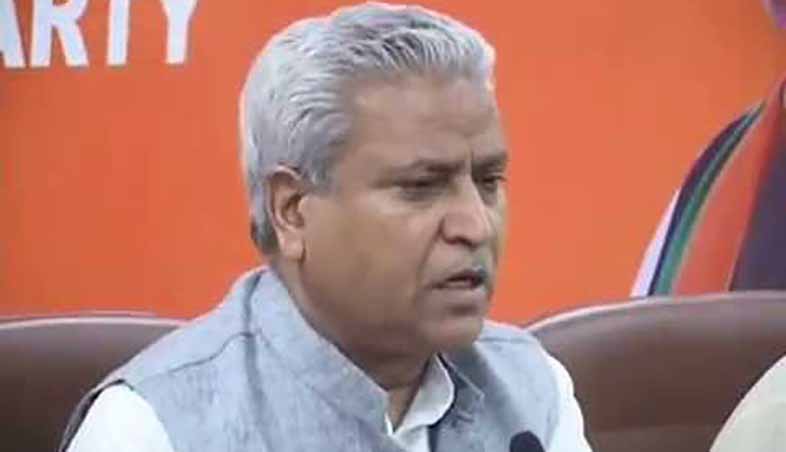 BJP national general secretory (organisation) Ram Lal will be on a 3-day Rajasthan visit from September 6.

Jaipur: National general secretary (organization) of BJP, Ram Lal, will be on a three-day Rajasthan visit from September 6.

The party is gearing up for the assembly elections scheduled to take place next year in Rajasthan and his visit is being viewed as a wake-up call for the party leaders  and workers. BJP sources said that Ram Lal will hold a slew of meetings with senior BJP leaders in the state to discuss strategies including booth-level management.

Ram Lal will be in Jaipur for two days, while he will participate in some party functions in Bharatpur and Karauli on the third day.

“He would get feedback on the government and organization. He will also meet with booth-level party workers,” said a senior BJP leader.

Ram Lal will hold meetings at party headquarters in Jaipur on September 6 and September 7.

Several senior national BJP leaders have visited Rajasthan over the past few months. They include BJP general secretaries Shivprakash and BL Santosh. BJP national president Amit Shah was also on a three-day visit to Jaipur.

Newly appointed general secretary of state BJP unit Chandrashekhar has also been getting feedback on the government and the party from senior leaders. He held a close door meeting with state president Ashok Parnami on Thursday. The meeting went on for nearly seven hours.

Chandrashekhar took a meeting of party office-bearers on Friday. The meeting was attended by morcha presidents, district presidents and other district-level party leaders.