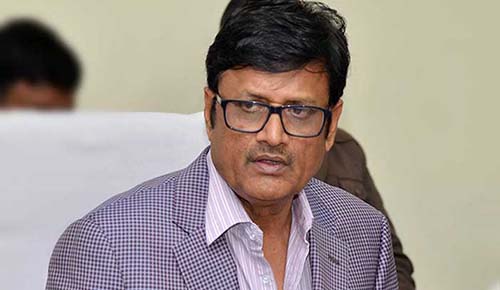 Jaipur: Senior BJP leader in Rajasthan Rajendra Rathore tested positive for COVID-19 Wednesday. In a Tweet, he said that he had himself tested several times in the past and the reports always came out negative, but the latest test suggested that he was infected with the virus. Not only Rathore, four other MLAs including Ashok Lahoti, Arjun Lal, Rafeeq Khan and Ramlal Jat also tested positive for the virus.

Rathore appealed in this tweet that those who came in contact with him over the past few days should have themselves tested for the virus immediately.

“I have undergone testing for COVID-19 4-5 times in the past and I always tested negative. When the assembly was in session, I had myself tested. It tested negative at that time too. In the latest report, I tested positive, so people who came in contact with him should have themselves tested,” said Rathore in the tweet.

Rathore had been politically active over the past few days. He held several public meetings in Hanumangarh on August 31 and August 1 where he met with BJP workers and people.

Ashok Gehlot wished him and other MLAs speedy recovery. In a tweet, he stated, “I have come to know Congress MLAs Ramlal Jat ji and Rafeek Khan ji, BJP MLAs Rajendra Rathore ji, Ashok Lahoti ji and Arjun Lal Jeengar ji have tested positive for #Covid_19. I wish them a speedy recovery”.