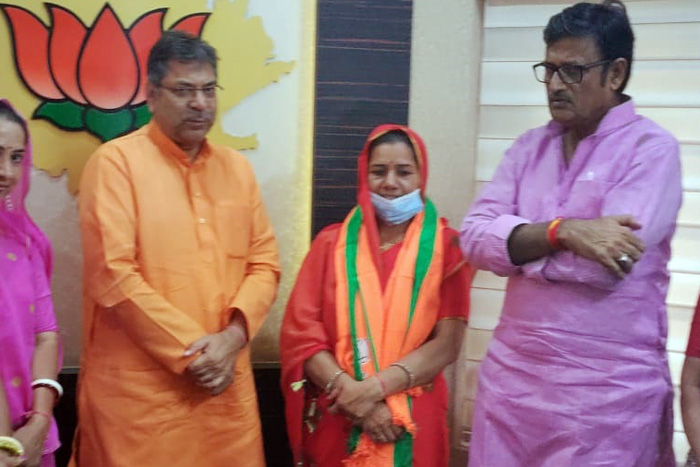 Jaipur: The BJP has nominated Rama Devi Chopra who won the Zila Parishad member election as a Congress candidate for the post of Jaipur Zila Pramukh. Congress has suffered a major blow due to this move. The Congress had 27 members, but with Rama Devi and another member switching loyalties, the party doesn’t have enough members to get a Congress candidate elected for Zila Pramukh. It will require at least 26 votes. This development has also given rise to the possibility of cross-voting.

There are a total of 51 members in Jaipur Zila Parishad. The minimum number of votes required for Zila Pramukh are 26. Earlier, the Congress had 27 members, but Rama Devi and another member have joined the BJP, reducing the Congress tally to 25. The BJP now has the majority with 26 members; however, the possibility of cross-voting in favour of Congress is not being ruled out. The Congress has fielded Saroj Devi Sharma.

Before filing her nomination for Zila Pramukh, Rama Devi joined the BJP at the party’s headquarters in Jaipur in the presence of state president Satish Poonia and deputy leader in the state assembly Rajendra Rathore.

“But we will not allow their dirty politics to win. Our victory is definite,” said Joshi.