Rupa was married off at 8, but she cracked NEET. 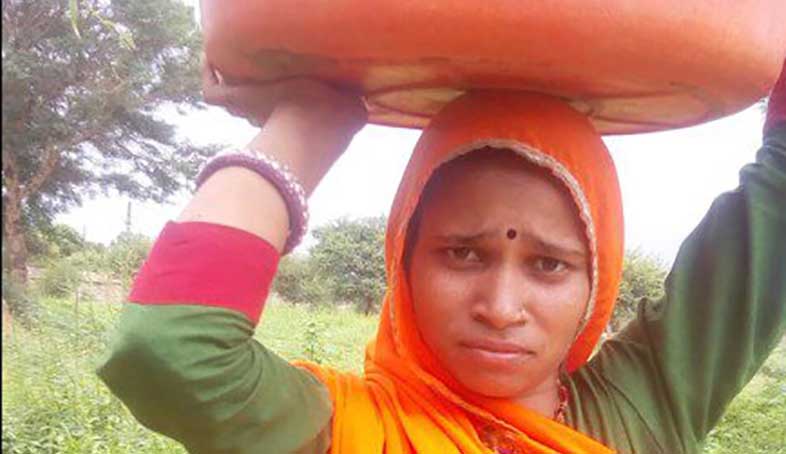 Rupa Yadav who cracked NEET to get financial support from Rajasthan government to complete her MBBS degree.

Jaipur: Rupa Yadav hit headlines recently when she cracked NEET and secured admission in a medical college in Bikaner.

Rupa’s All India Rank was 2283 and she was not among the top scorers, but what gives her story an element of surprise is the fact that she was married off at an age of 8 years and sent to her in-laws. She worked hard at her husband’s agriculture farm and performed her duties as a housewife, running daily chores.

Anyone would have given up, but Rupa, a resident of Kareri village near Chomu in Jaipur rural, was different. She confided in her husband her passion for studies. She surmounted all the odds and cracked NEET with the moral and financial support from her in—laws, specially her husband.

Rupa was in Class 3 when she got married to 12-year-old Shankar Lal, then a seventh-standard student, during the wedding of elder sister Rukma Devi. The sister wedded Shankar’s elder brother.

She moved into to her husband’s home after writing the Class 10 exam. She was with her in-laws when the results were declared. She scored 84%. Impressed with her passion for education, her husband enrolled in an coaching institute in Kota. She cracked the exam in her second attempt.

After counselling, Rupa got admission in Sardar Patel Medical College in Bikaner.

Rupa faced another challenge. She and her in-laws didn’t have money for hostel fee and other expenses.

But her achievement impressed Rajasthan chief minister Vasundhara Raje to such an extent that she instructed Bikaner district collector Anil Gutpa to ensure financial help.

The district collector met Rupa at the medical college. He also visited college principal Dr RP Agrawal and told him about CM’s instructions.

Agarwal assured that all possible help will be extended to Rupa and her fee has been waived off.