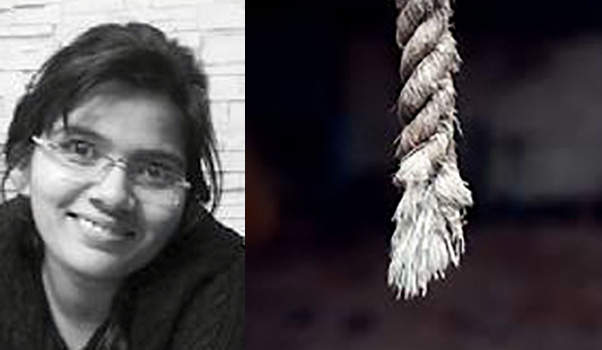 Jaipur: A 25-year-old resident doctor of Sardar Patel Medical College, identified as Manisha Kumawat, allegedly committed suicide by hanging herself from the ceiling of her hostel room in Bikaner. The suicide by a doctor was reported just three days after a resident doctor of Sanganeri Gate Mahila Hospital Jaipur – Sakshi Gupta – ended her life.

According to the police, Manisha belonged to Anupsar village of Hanumangarh district. She was an intern at Sardar Patel Medical College. She was found hanging by her hostel mates following which the police were informed. The police got the body down and then took it to the mortuary of a hospital for post-mortem examination. The room was sealed by the police. Police officials said that they were waiting for the family members to arrive in Bikaner. The room will searched and a post-mortem examination will be conducted in their presence.

It was yet unclear whether a suicide note was recovered from the spot. The police would record the statement of Manisha’s colleagues, family members and senior doctors to ascertain what caused her to take the extreme step. The police said that further investigation is going on.

The suicide by another resident doctor has shocked the community of medical professionals in the state.

In Sakshi Gupta suicide case, an FIR was against five doctors who were accused by her family members of harassing her.

Sakshi, a resident of Fazilka in Punjab, was a MS (gynaecology) student and working as a junior resident doctor at Sanganeri Gate Women Hospital. She got her MBBS degree from Guru Gobind Singh Medical College and Hospital in Faridkot of Punjab in 2017. The medical college administration set up a probe committee and directed it to submit a report in the matter.