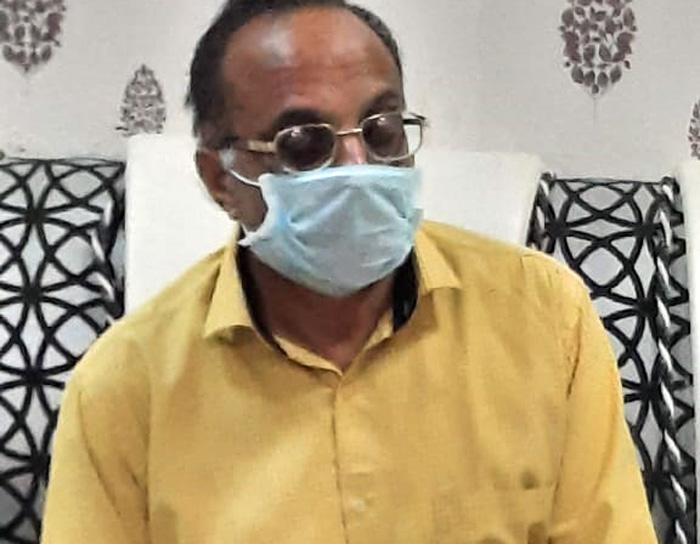 Jaipur: Rajasthan anti-corruption bureau (ACB) on Tuesday arrested Kamal Kumar Goyal, currently posted as chief accounts officer in Sardar Patel Medical College in Bikaner for taking a bribe of Rs 50,000. The accounts officer was demanding the bribe to approve bills to an oxygen cylinder supplier. The ACB has booked the accused officer under various sections of the Prevention of Corruption Act. Further investigation is going on.

ACB DG BL Soni said that they received a complaint in this regard. The complainant said that he supplied unfilled oxygen cylinders to the hospital. A payment of about Rs 64 lakh was pending for the supply. When he approached Goyal to clear his bills and release payment, the accounts officer allegedly demanded 1 percent commission which amounts to Rs 64,000.

The complaint was verified and when it was found genuine, a trap was laid. An ACB team under the supervision of Add SP Rajnish Poonia laid the trap and caught Goyal red-handed taking Rs 50,000 from the ACB complainant. Goyal is a resident of Shivbadi Road in Bikaner. He was taken into custody and booked.

Searches are being carried out at the residence, office and other places belonging to the accused officer.