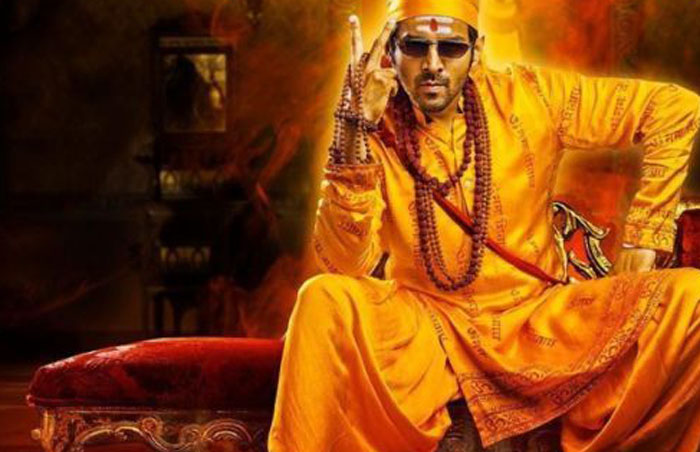 Jaipur: Some scenes of Kartik Aaryan -starrer Bhool Bhulaiya-2 are being shot at Nahargarh Fort in Jaipur. The shoot is taking place mostly after the sunset. While many Jaipurites are excited that they would get to see the glimpses of Jaipur on the big screen, the forest department of Rajasthan doesn’t like the way the wildlife norms are being flouted during the shoot.

The department officials have written to the archaeological department saying that giving permission for the shoot during the night hours is against the norms.

The forest department says that the fort is in a reserve sanctuary area and according to the Wildlife Act, the permission for any type of a light and sound show or commercial activities can not be given during the night hours.

“We have asked the archaeological department not to give permission to these types of commercial activities before consulting with the forest department. It is the clear violation of the laws. Nahargarh Fort falls in a wildlife sanctuary area,” said a forest department officer.

The permission for the night shoot was given for a day only. The archaeological department officials say that they followed the rules and permitted the shoot till 11 pm only.

Akshay Kumar, who played the role of a psychiatrist in Priyadarshan’s directorial venture Bhool Bhulaiyaa, is not in the sequel, however, he is expected to have a special appearance.