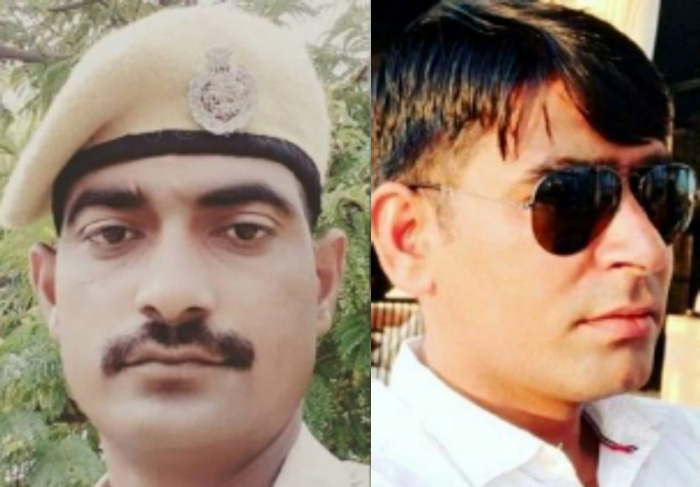 Jaipur: Armed smugglers opened fire at two police checkpoints located within 40 km in an attempt to escape and scare away the cops in Bhilwara on Sunday. Two constables posted at different checkpoints were killed in the firing. It is suspected the miscreants were involved in poppy smuggling and were in possession of a major consignment of the controlled substance. The smugglers were in an SUV.

The smugglers first opened firing at cops posted at a police checkpoint near Kotdi near Sricharbhuja Nath temple around 11 am. The policemen tried to stop a Scorpio, two cars and two pickups arriving at a high speed. When the police tried to stop them, the smugglers who were in the Scorpio opened indiscriminate firing. One of the constables - Unkar Raika – sustained a bullet injury on his chest and died on the spot.

According to preliminary reports, the smugglers were in a convoy of vehicles led by Scorpio. While the three vehicles in the convoy took different routes and disappeared after the first incident of firing, the smugglers in the Scorpio drove to the second check post and opened firing. The fact the policemen were unprepared despite the first incident of firing almost 40 km away shows negligence on part of the district police.

The police have launched a massive hunt for the smugglers and said that they would be arrested soon.