Bhati was gunned down by a team Andhra Pradesh police on Friday evening. 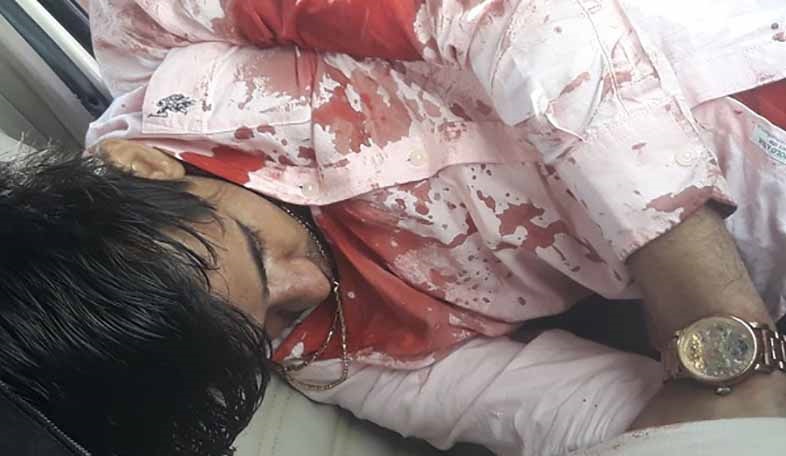 Jaipur: A day after a team of Andhra Pradesh police gunned down criminal Bheem Singh Bhati in Rajasthan’s Sanchore, people protested in the neighboring Jalore district against the police encounter alleging that it was staged. They demanded immediate arrest of the policemen involved in the encounter.

Bhati, a resident of Bhagal in Bheenmal, was an accused in a kidnapping and loot case in Andhra Pradesh. He was shot dead by the Andhra Pradesh police in Sanchore district on Friday evening. A team of Kurnool cops reached Sanchore chasing Bhati. Bhati had been accused of kidnapping two Rajasthani businessmen Akshay and Nilesh Jain and looting Rs 5.50 crores from them in Andhra Pradesh.

The special team of Andhra Police consisting of three officials had been chasing Bhati. They had learned that the accused was hiding in Jalore and upon reaching there they saw Bhati getting into his car on the Sanchore – Raniwara state highway. The police chased the vehicle and opened fire. Bhati sustained bullet injuries . The accused lost control over the vehicle and ran over a pedestrian named Shanti Jog thereby killing her.

A man named Deepkaran Choubisa, a native of Udaipur, had lodged a complaint with the Dhone rural police which lodged a case of dacoity and illegal possession of arms against Bhati.

People blocked Jalore highway on Saturday demanding arrest of policemen involved in the encounter. Senior police officers including SP, Jalore reached the spot and tried to placate the agitators. MP Devji Patel was also present when talks were being held with protestors.