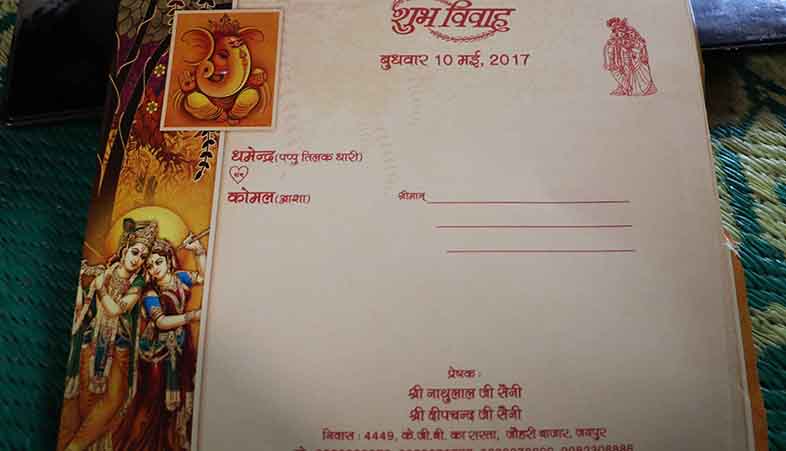 Jaipur: A severely crying bride performed seven rounds of fire in Rajasthan’s Bharatpur even as the marriage hall collapse incident claimed lives of 25 people. The couple were taken to the bride’s house where final marriage rituals were performed. The couple reached the bridegroom’s house in Jaipur’s Johari Bazaar area around 4 am on Thursday. 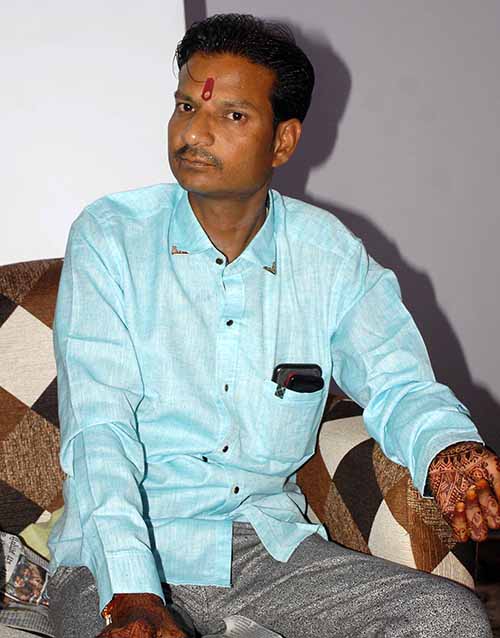 Groom Dharmendra Saini at his house in Jaipur.

“The wedding rituals were earlier planned at Annapurna marriage hall, but after the horrifying tragedy, they were performed at the bride’s house,” said Manohar Lal Saini, an eye-witness.

He said that the wedding couldn’t have been stopped.

Those from Jaipur who survived the tragedy were brought to the city in a bus.

Many victims who were injured in the accident belong to Jaipur’s Sodala and Sethi Colony areas. They had gone to Bharatpur as guests in the wedding of Dharmendra Saini, son of Deepchand Saini, a resident of Jodhar Bazaar in Jaipur.

Dharmendra was to tie the knot with Anju, daughter of Kirorilala Saini who belongs to Malipura village near Bharatpur.

Dharmendra’s house in Kundi Nagar, Bherun Ji Ka Rasta, was wearing a deserted look. A couple of people who were at the house were waiting anxiously for any update on the tragedy.

They had been told that the bride and groom were safe and they would reach Jaipur after marriage rituals.

A huge crowd of neighbors gathered at Dharmendra’s house as the news of the marriage hall tragedy spread in the area.