Local municipality office had served a notice asking the owner to close it. 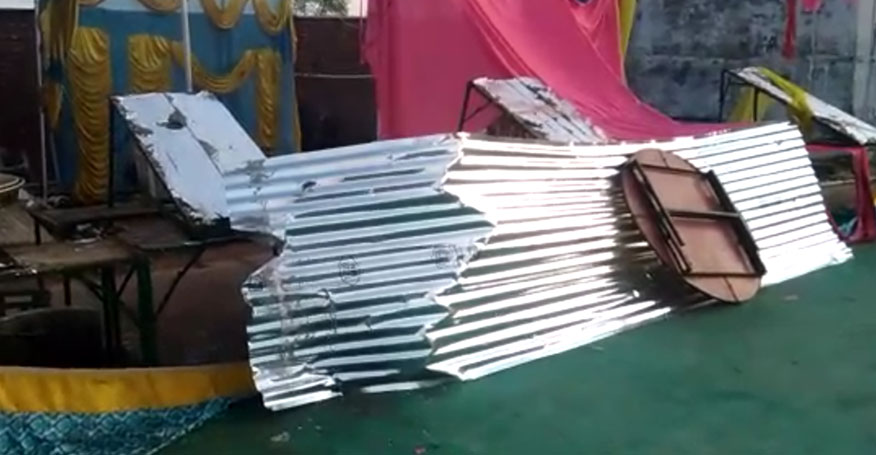 Annapurna marriage hall in Bharatpur where 25 people were killed.

Jaipur: Annapurna marriage hall in Rajasthan’s Bharatpur town where twenty five people were killed and 28 others were wounded had been served a notice by the Bharatpur municipal office, asking the owner to close it. The civic authorities served the notice, but apparently forgot to ensure its compliance. It resulted in the tragedy on Wednesday.

Several negligence came to the fore a day after the massive tragedy.

The marriage hall owner had constructed a 100-feet long wall without any support pillars.

When people leaned on the wall after gathering there to protect themselves from rain and dust storm, the wall collapsed due to the lack of any support beams or pillars.

Senior municipality officials said that the owner had been issued a notice to close the marriage garden a long time ago, but he apparently didn’t comply with it.

There are about dozen licensed marriage halls in the town, but the one where the tragedy struck was illegal, said officials.

The police have detained the younger brother of the marriage hall owner and registered a case. A search has bene launched for the owner also.

At least 25 people lost their lives and 28 others were left injured when a portion of this marriage hall collapsed.

Many of the injured victims belong to Jaipur. One of the deceased was also from the state capital.