The bodies of an 85-year-old woman, identified as Mohini Devi and her 19-year-old granddaughter, Sonu were found at two different in their house in Ratangarh area of Churu. Both had been stabbed by a knife. 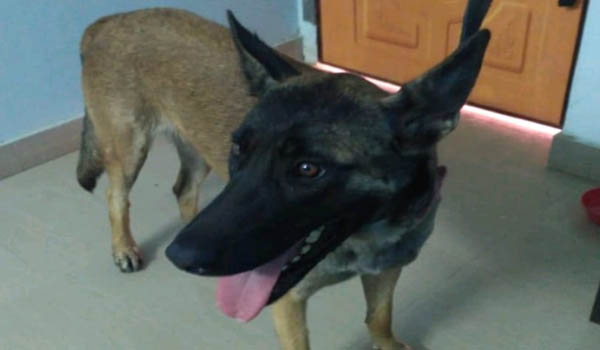 Jaipur: A Belgian Shepherd dog called Janu helped Rajasthan police crack a gruesome double murder case. The bodies of an 85-year-old woman, identified as Mohini Devi and her 19-year-old granddaughter, Sonu were found at two different places in their house in Ratangarh area of Churu. Both had been stabbed with a knife.

Cracking the case within 12 hours, the cops arrested Sonu’s cousin Laxman alias Kalia for the crime. It came up that Laxman was trying to rape the girl and when she protested he murdered her with a knife used for chopping vegetables. Laxman didn’t want to leave any witness, so he murdered Mohini Devi also who was outside the house.

A Belgian Shepherd dog played a role in helping the police crack the murder case.

“The dog is part of the police’s dog squad. The canine was brought to Khotadi village where the murder took place from Sriganganagar. The dog went to the crime spot and led us to the suspect Laxman within 45 minutes. The suspect was rounded up and interrogated. He finally confessed to the crime,” said SP, Churu Rahul Barhat.

The incident took place Khotadi village near Ratangarh in Churu around 5.30 pm on Sunday. The accused had fled the spot after committing the crime, but he came back and started mourning the deaths. The police called the dog squad to the spot and nabbed Laxman with a few hours.

Subscribe to WhatsApp updates for Jaipur News Click on the following link(s) to find the latest & related stories on: Churu
RELATED

3 killed, 5 injured in road accident on NH-11 near Ratangarh