Those who were killed in the mishap include the mother of the groom and three children. 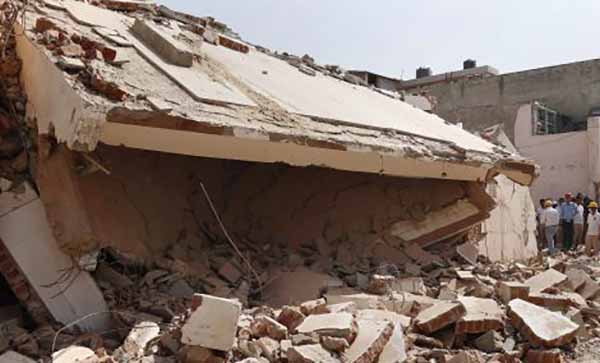 Jaipur: At least nine people were killed, while several others are still feared trapped under the debris after two LPG cylinders ripped through a community building during a wedding function in Beawar town of Ajmer district.

As the death toll is climbing, a pall of gloom has descended in the town. Chief minister Vasundhara Raje the hospital where the injured victims were admitted. She announced a compensation of Rs 2 lakh to the kin of those killed in the mishap.

The blasts took place in Kumawat community building around 6 pm on Friday. Nearly 21 injured people were rushed to a local hospital. Of them, six were referred to Ajmer due to their critical condition. Several others are reported missing. 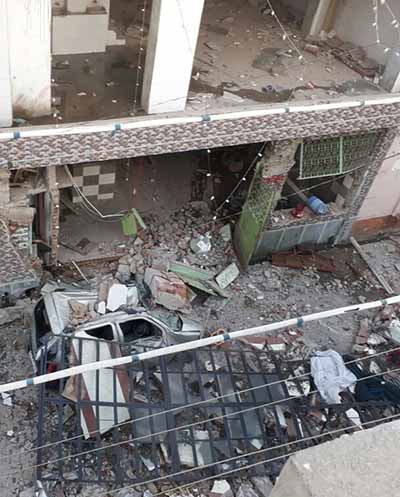 Those who were killed in the mishap include the mother of the groom and three children. Four bodies were recovered immediately after the explosions in the cylinder blast, while five bodies were pulled out from the debris on Saturday. The rescue operation is still going on. 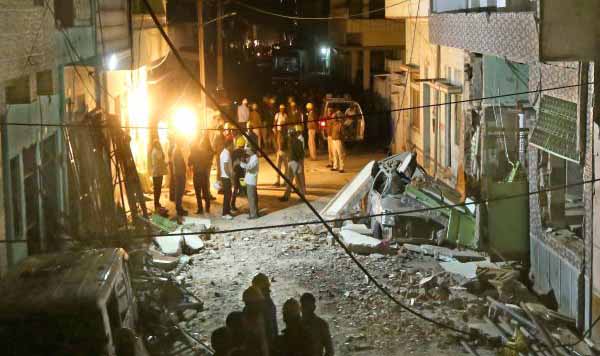 The death toll may increase further, police and administration officials said as many people are still missing.

The incident happed during a function organized for the wedding of Hemant Patlecha. The cylinder exploded due to the alleged negligence of the cooks who were preparing dishes on the second floor of the building. According to preliminary reports, the cook was trying to transfer gas from one cylinder to another when it caught fire and exploded.