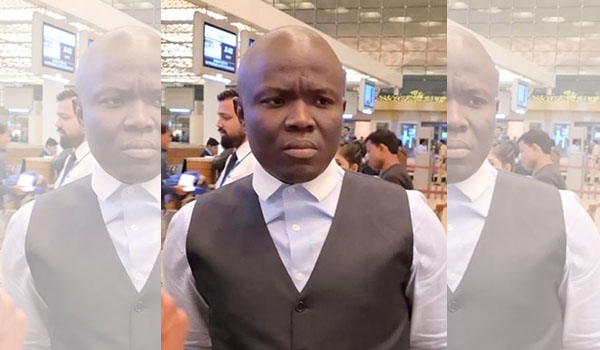 Jaipur: After arresting the kingpin of a Nigerian gang of cyber criminals, the Rajasthan police revealed that the gang members had taken over 40 bank accounts of Indian citizens on rent and defrauded people of crores of rupees across the country. The kingpin – Eric Chukwudi Okafor – was arrested by Cyber Crime police from Mumbai International Airport when he was trying to board a flight to Nigeria recently. It has come up during investigation that the gang members used to pay a 1.5%-2% commission to people who provided their bank accounts.

“The Nigerian national has confessed during interrogation that he and his accomplices used over 40 bank accounts of Indian citizens. The money that they got from defrauding people was deposited in these accounts. The gang members used to give nealy 20% of the total amount deposited in the accounts to the account holders,” said a senior police officer.

The Nigerian national was produced in court on Friday after his police remand period came to an end. He was remanded in judicial custody.

The Nigerian national used to befriend women – most from the northeast India – after creating bogus Facebook accounts and defraud them.

The gang came under the radar of Jaipur police when a jewellery businessman lodged an FIR on December 16. The victim told the police that the email ID of an Italy-based firm was hacked by this gang. The gang members sent him fraudulent emails using that email ID. The businessman deposited Rs 7.79 lakh in the bank accounts belonging to the gang members.