The firing that created panic in the area took place around 9:15 pm near Dakshin Mukhi Hanuman temple in Kardhani Scheme in on Wednesday. 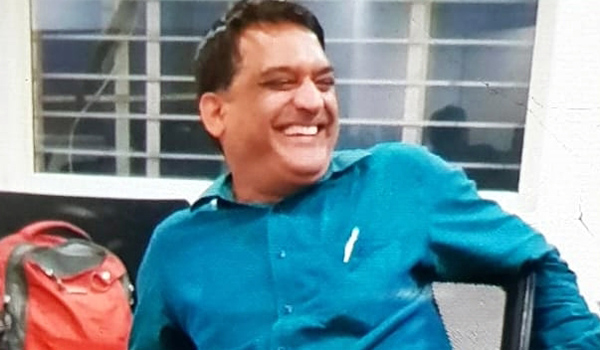 The deceased Roshan Lal Yadav who was shot in Jaipur.

Jaipur: A bank manager, identified as Roshan Lal, was shot dead by two unidentified men in full public view in Jaipur on Wednesday night. The deceased was driving a car when two men on a Scooty intercepted him and started firing at him. Locals rushed him to SMS Hospital for treatment. The shooters managed to flee from the spot. The police suspect that it was a professional killing and the role of professional sharp-shooter is being probed. The police may make some arrests by Thursday evening, sources said.

The firing that created panic in the area took place around 9:15 pm near Dakshin Mukhi Hanuman temple in Kardhani Scheme in on Wednesday.

The deceased has been identified as Roshan Lal Yadav, a resident of Kotputli. He had been living in Ganesh Nagar in Jaipur for the past few years and was working with a private bank as a manager.

According to the police, the deceased Roshan Lal was returning home in his car from the bank at night on Wednesday. Suddenly, two men intercep his car on a scooter. When Roshan stopped his car, one of them came closer to Roshan and shot him on his chest. After hearing the sound of firing, locals gathered on the spot but till that time the accused ran away from the spot. Locals rushed Yadav to the SMS hospital where he was declared dead.

Police reached the spot after getting the information. CCTV footages obtained from the area are being examined by the police.

Police informed Roshan’s family members and handed over the body to them after a post-mortem examination.