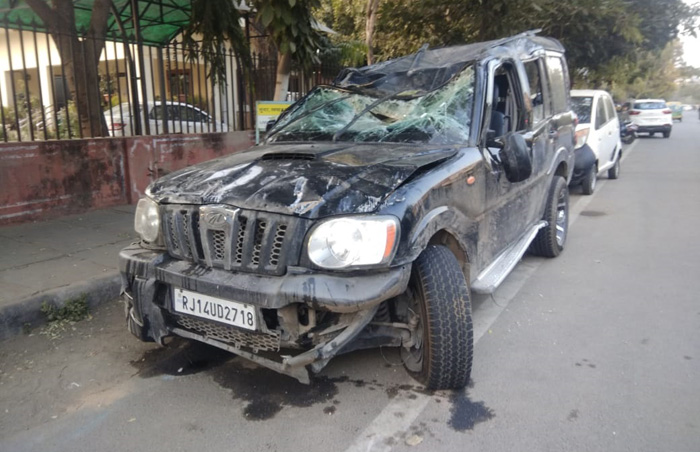 Jaipur: A young girl was killed while three others were injured when the SUV they were travelling in lost balance and skidded into a nullah on the roadside in Ashok Nagar area of city on early on Tuesday.

The deceased girl was identified as Ishani Sharma, a resident of Shahbad area of Delhi. She was a post graduate student in Banasthali Vidyapith situated in Niwai area of Tonk District. On Monday, she, her friends Manasi, Paramjeet and Omveer toured city. They had dinner on the Station Road and left for Aunty’s café in Ashok Nagar. Ishani was driving the Scorpio.

The SUV lost balance at a steep turn and skidded into Amanishah Nuallah. Ishani sustained injuries on her neck and died on the spot. The local shopkeepers informed the police following which a Civil Defence team rushed to the spot. They pulled the victims out of the drain. The three others are still undergoing treatment.

It has come up during preliminary investigation that Mansai is a basketball player. Manasi knew Paramjeet, a resident of Jhunjhunu, as he is also in the same sports. Omveer is a friend of Paramjeet.

The police handed over the body of Ishani to family members after a postmortem examination.