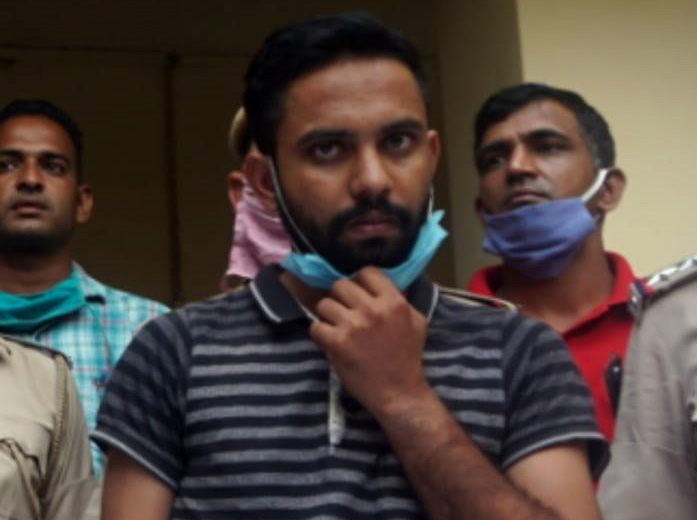 AU Bank Relationship Manager arrested for the murder of Nikhil Gupta, a petrol pump owner in the city.

Jaipur: A day after petrol pump owner Nikhil Gupta was shot dead in Sikar Road area, the police arrested four people and made a startling revelation that a relationship manager of AU Bank was involved in the crime. The manager, identified as Vinit Singh Gaur, had tipped off the criminals about Gupta’s cash collection routine and hatched the conspiracy to rob the victim.

Vipin and his three accomplices, identified as Gautam Singh, Chaitan Singh and Abhay were arrested by the police on Tuesday. Vipin had told the trio that Nikhil deposits Rs 20-25 lakh with the bank everyday between 10 am and 11 am.

The trio had gone to Uttar Pradesh to buy a country-made gun and cartridges a day before committing the robbery.

“Prior to the murder, AU Bank relationship manager Vinit had met the criminals and told them that since it was Monday, Nikhil was likely to deposit a large sum of money in the bank after the two days bank holidays. Vinit went to the branch of the bank where he worked, while the criminals commited the murder-cum-robbery,” said a police officer.

As soon as Nikhil got out of his car in the apartment building’s parking, they tried to snatch away the bag and when he protested, they fired at him. They distributed the booty among themselves about 13 km from the crime scene and went to Gautam Singh’s native village in Nagaur. The police arrested Vinit, Gautam Singh, Chaitan Singh and Abhay while Idan Singh and Shaitan Singh are still at large.

The police managed to identify the criminals based on CCTV footages.