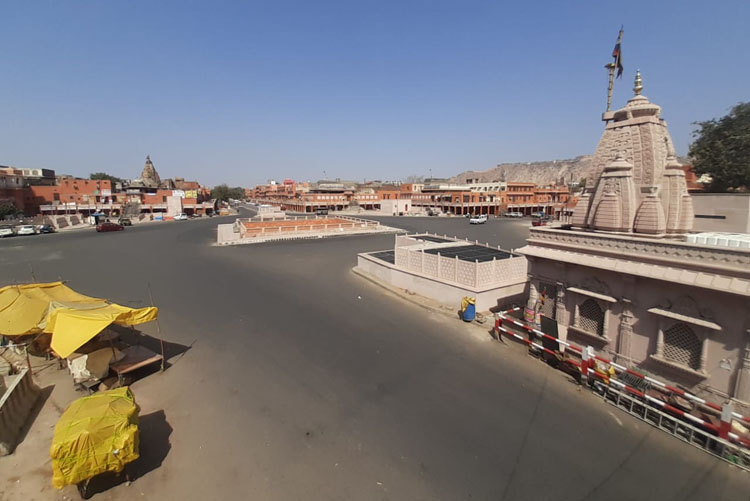 Jaipur: Rajasthan director general of police (DGP) Bhupendra Yadav said on Thursday that attacks on doctors, policemen and other corona warriors would not be tolerated.

DGP was in Udaipur where he met policemen and boosted their morale. He directed the police officials not to tolerate any threats or attacks on corona warriors who are risking their lives to prevent the spread of COVID-19. He said that the people have extended unprecedented support to those on the frontline, but there had been some sporadic incidents of harassment with corona warriors and it wouldn’t be tolerated.

DGP Yadav advised policemen to be extremely careful while they are on duty in public places. He said that some of the policemen who tested positive have recovered and are eager to join the duty. “This shows the integrity and commitment of our police force. It’s exemplary,” said DGP.

Forty-nine new cases of COVID-19 were reported in the state by Thursday afternoon. Jodhpur reported 20 cases, highest in the state. Jaipur reported 12 cases, Nagaur 10, Kota 4, Hanumangarh 2 and Ajmer 1. The total count has reached 1937. As many as 27 people have lost their lives.

In Ajmer, four people who had COVID-19 systems and were put under institutional quarantine escaped from the isolation centre at JLN Hospital. Twenty others also tried to escape; however, the hospital staff informed the police following which they were stopped from leaving the centre. They have been shifted to another ward of the hospital and the security was stepped up. Their samples had been sent for testing, but the hospital is yet to receive the reports.