Most private hospitals in Jaipur were fully operational on Sunday 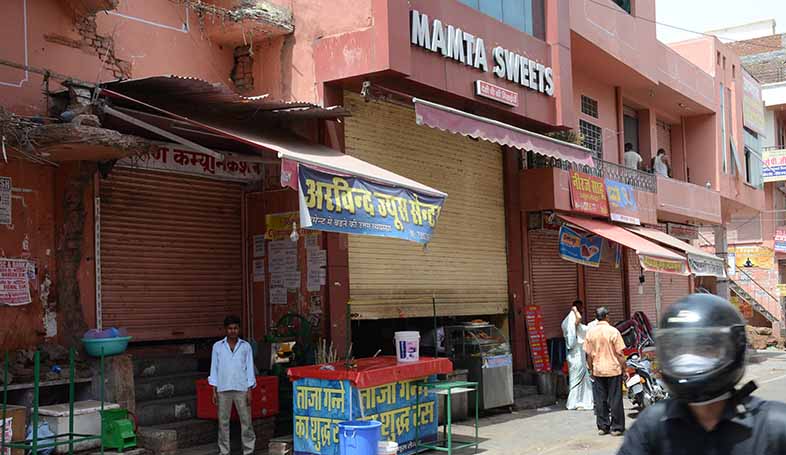 Jaipur: Private hospital doctors who have been protesting against the attack on Bansal Hospital owner Dr Ajay Bansal by the wards of a patient who died while undergoing treatment relented on Sunday.

Medical organizations said that the emergency wards in all private hospitals will remain open, while outdoors will continue to be non-functional. However, most private hospitals were fully operational on Sunday two days after they declared a strike in protest of the incident.

The police are yet to arrest the family members of the patient for beating up Dr Ajay Basnal. He was beaten up so severely that he received serious injuries on his head and chest.

Earlier organizations claimed that even the emergency wards, except in big corporate hospitals would remain shut indefinitely until their demand of arresting persons involved in the attack was met.

Private hospital doctors gathered at Amar Jawan Jyoti in the city on Sunday and took out a candle march.

“It was a blatant attack on a renowned doctor of the city. He could have lost his life. But the police have not bothered to take any action in the matter,” Kapoor said.

One Ratanlal Saini, resident of Tonk Phatak near Barkat Nagar, was admitted in the hospital after he complained of chest pain. He died while undergoing treatment. The doctors alleged the family members went on rampage in the hospital and attacked Bansal with sharp-edged objects.

Barkat Nagar traders came in support of Saini and kept all markets in the area closed, demanding arrest of Dr Bansal for negligence.

Police had booked Bansal for negligence and also registered an FIR against the family members for the attack.