Attack on Bhansali in Jaipur: five arrested for disrupting peace 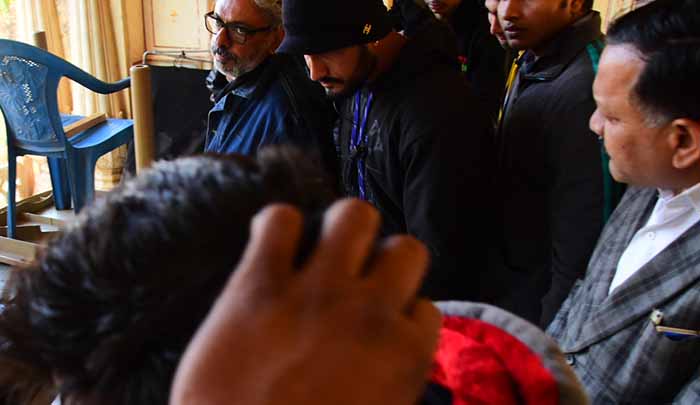 Jaipur: Amid reports that gunshots were fired at the sets of movie ‘Padmavati’ at Jaigarh Fort when Bollywood director Sanjay Leela Bhansali was being assaulted on Friday, the city police is being accused of not taking appropriate action in the matter. Police rounded up five activists of caste-based organization Karani Sena, accused of the assault, and let them off within a few hours.

Police force was deployed at the fort following the incident. The police rounded up several Rajput supporters of Karani Sena from the spot and took them to Amber police station. But only five of them were booked under section 151 of CrPC, a bailable offence, for disrupting peace.

Video footages of the incident show some people vandalizing the movie sets and then slapping Bhansali.

“It is clearly a case of assault. The culprits should be booked under more stringent sections of the law,” said a lawyer Abhishek Sharma.

Police argued that both sides refused to register a first information report (FIR) in the matter.

“Bhansali didn’t register a case, so we can only book people for disrupting peace,” said a police officer when The PinkCity Post called up the police station.

There were allegations that a gunshot was fired by someone when Bhansali was being assaulted; however Amber police station officials denied this. They said that they also received the information about a gunshot, but couldn’t verify it after a physical verification of the spot.

Karani Sena supporters gathered at Jaigarh Fort on Friday when Bhanshali was shooting scenes of Padmavati. They first damaged the equipment including the camera and then abused and slapped Bhansali.

Padmini (Padmavati) was the wife of king Rawal Ratan Singh of Chittor (now in Rajasthan).